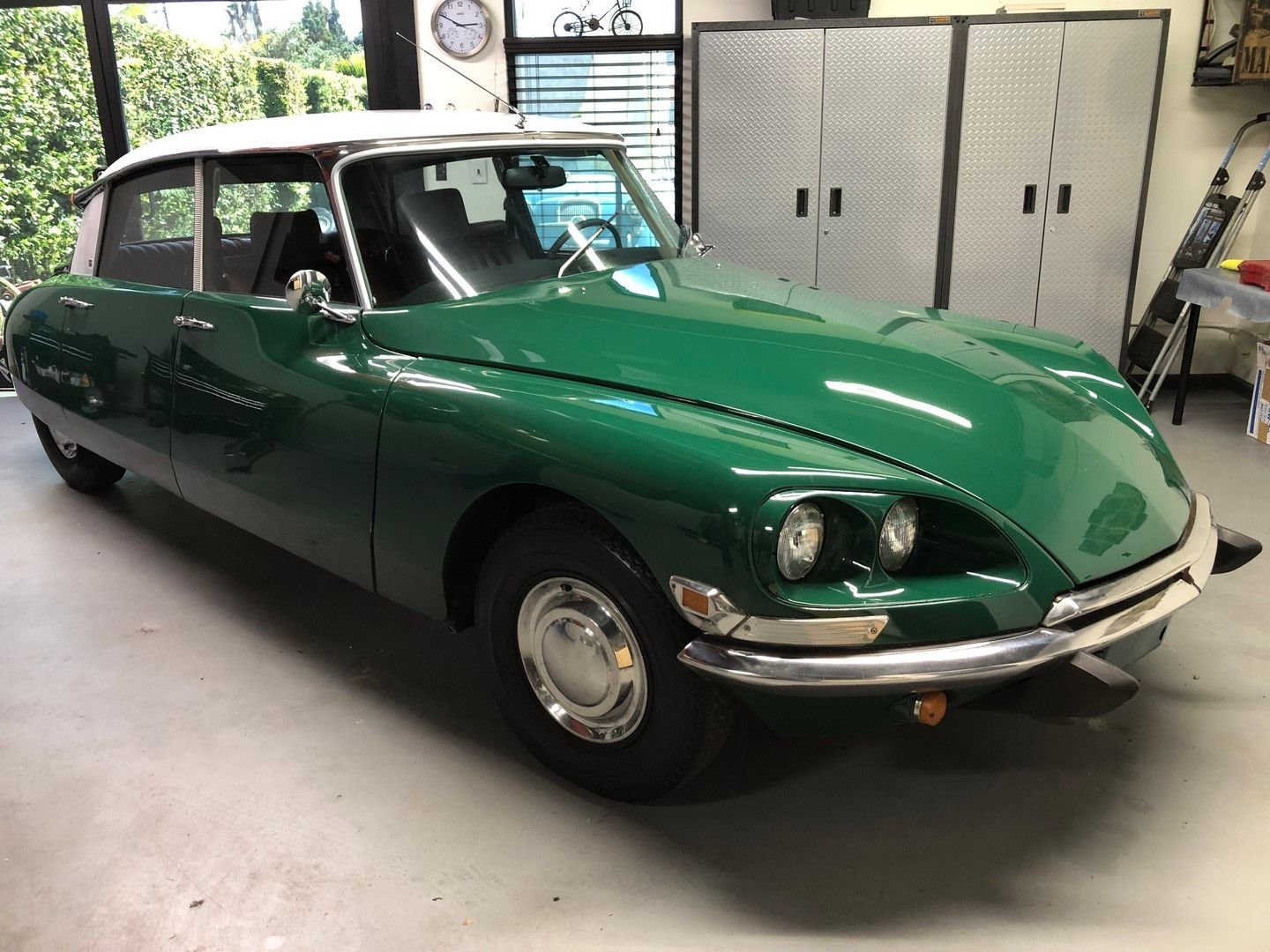 The Citroën DS is a front-engine, front-wheel-drive executive car that was manufactured and marketed by the French company Citroën from 1955 to 1975 in sedan, wagon/estate and convertible body configurations across three series, or generations.

Noted for its aerodynamic, futuristic body design and innovative technology, the DS set new standards in ride quality, handling, and braking — the latter as the first mass production car equipped with disc brakes.).

After 18 years of secret development as the successor to the Traction Avant, the DS 19 was introduced on 5 October 1955 at the Paris Motor Show. In the first 15 minutes of the show, 743 orders were taken, and orders for the first day totalled 12,000. During the 10 days of the show, the DS took in 80,000 deposits; a record that stood for over 60 years.

The ID was replaced by the D Spécial and D Super in 1970, but these retained the lower specification position in the range. The D Super was available with the DS21 2175ccm engine and a 5 speed gearbox, and named the D Super 5.

• CLEAN TITLE
• THIS CITROEN HAS 68,674 MILES, NO MILES ON THE TITLE BECAUSE IT'S OVER 10 YEARS
• 4 CYL. ENGINE WITH MANUAL TRANSMISSION
• 3RD MOST IMPORTANT CAR OF THE CENTURY (COTC): FIRST SUCCESSFUL DISC BRAKES IN MASS PRODUCTION, AERODYNAMIC BODY DESIGN, 2009 NAMED MOST BEAUTIFUL CAR EVER BY A PANEL OF THE WORLD'S MOST FAMOUS DESIGNERS, ASSEMBLED BY THE EDITORS OF CLASSIC AND SPORTS CAR MAGAZINE
• HYDROPNEUMATIC SUSPENSION (INVENTED BY CITROËN AND FITTED TO CITROËN CARS, AS WELL AS BEING USED UNDER LICENSE BY OTHER CAR MANUFACTURERS, NOTABLY ROLLS-ROYCE (SILVER SHADOW), MASERATI (QUATTROPORTE II) AND PEUGEOT
• THE HYDROPNEUMATIC SUSPENSION WORKS WELL AND UNBELIEVABLY SMOOTH OVER SPEED BUMPS
• WELL MAINTAINED, GARAGE KEPT
• RUNS AND DRIVES