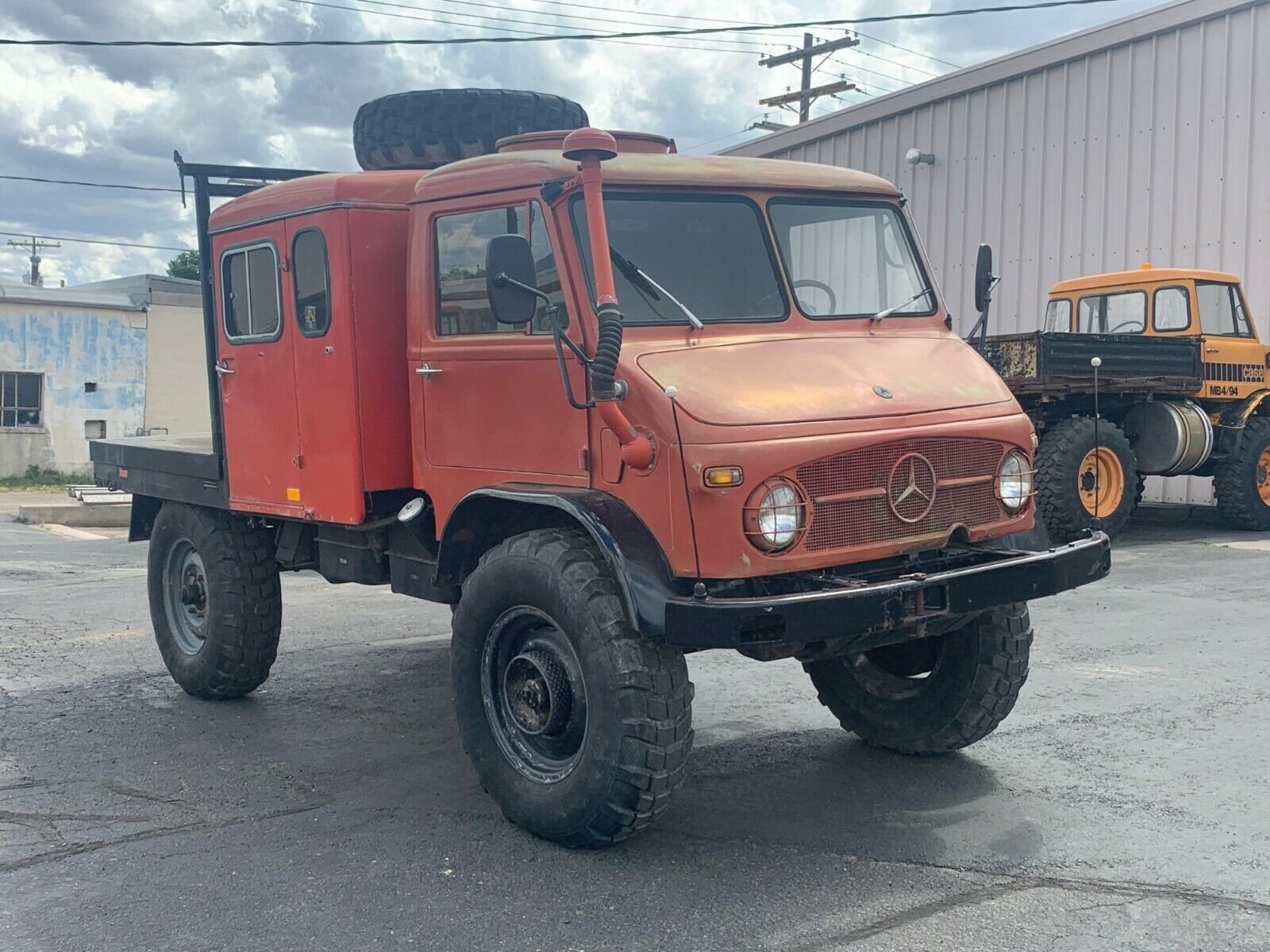 This vehicle is located in:
COLORADO SPRINGS, CO

The first Unimog 404 concept-vehicle was made in 1953 and was slightly smaller than the series production model, it had a track width of 1,600 mm (63 in) and a wheelbase of 2,670 mm (105 in). Two prototypes for the french army followed in 1954, the first 1,100 series production models were also purchased by the french army. Since the french army didn't want the spare wheel to occupy space for soldiers on the bed, the Daimler-Benz engineers decided to build the Unimog 404 with a downswept frame so the spare wheel could be mounted underneath the bed. This constructional feature also allowed more torsional flexing and, therefore, improved the offroad capabilities of the Unimog. Later, the downswept frame became a key constructional feature for the following Unimog types.

• CLEAN TITLE
• THE ODOMETER SHOWS 40,191 KM, NO MILES ON THE TITLE BECAUSE IT'S OVER 10 YEARS
• M180 6 CYL. ENGINE WITH MANUAL TRANSMISSION
• THIS WAS ORIGINALLY A VLF FIRETRUCK. THE REAR GEAR-COMPARTMENT HAS BEEN REMOVED, AND A STEEL FLATBED BUILT IN ITS PLACE. THE REAR PASSENGER COMPARTMENT WAS RETAINED
• PERTRONIX IGNITION SYSTEM INSTALLED INCLUDING THE PERTRONIX COIL
• THIS MODEL OF 404 ALSO HAS AN ENGINE DRIVEN AIR-COMPRESSOR WITH ASSISTED BRAKES
• WELL MAINTAINED, GARAGE KEPT
• RUNS AND DRIVES