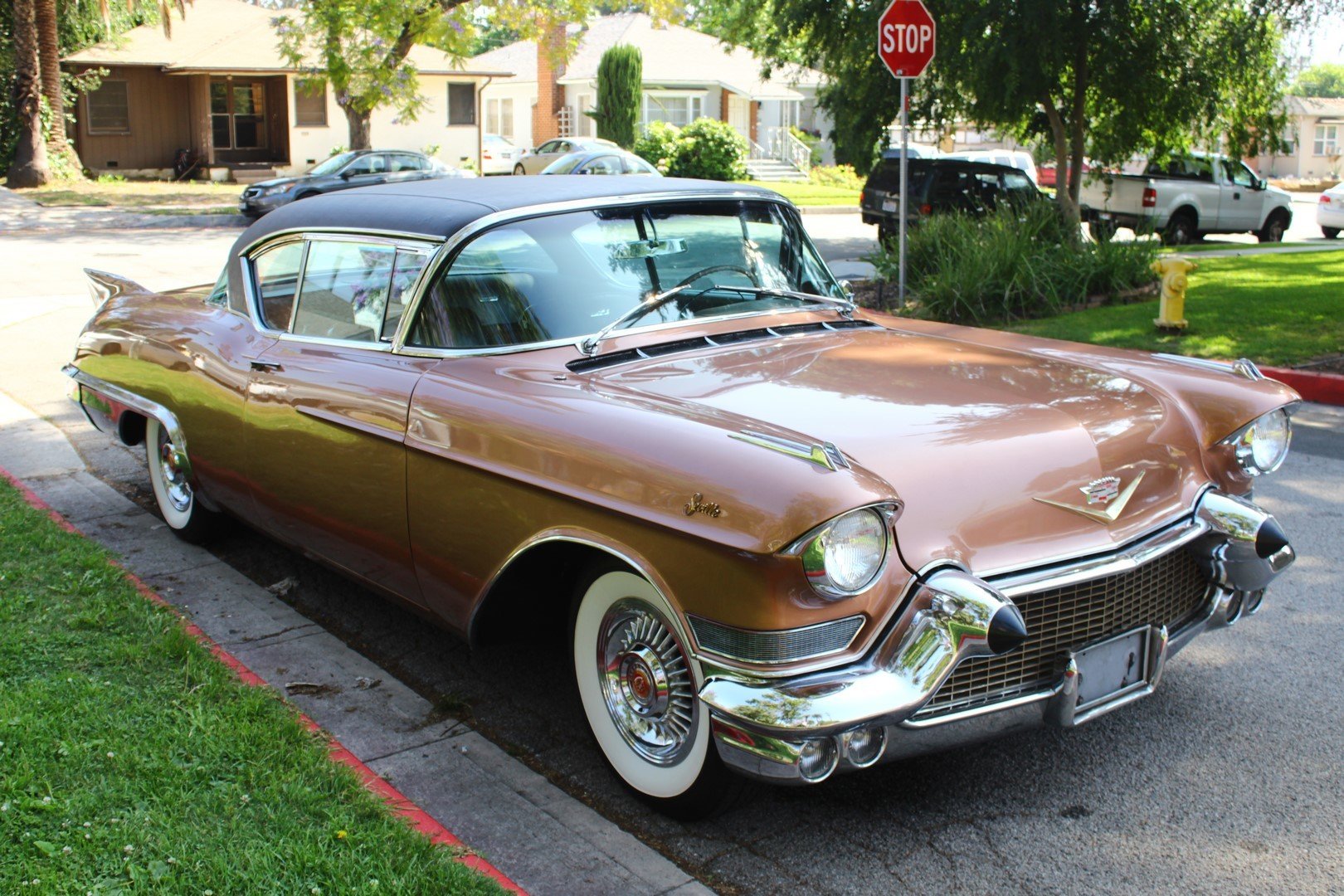 1957 saw the Eldorado (in both convertible and Seville hardtop bodystyles) with a revised rear-end design featuring a low, downswept fenderline capped by a pointed, in-board fin. The rear fenders were commonly referred to as "chipmunk cheeks". This concept was used for two years, but did not spawn any imitators. Series 62 Eldorados (as distinct from the Series 70 Eldorado Brougham) were further distinguished by the model name above a V-shaped rear deck ornament and on the front fenders. The rear fender and deck contour was trimmed with broad, sculptured stainless steel beauty panels. Also seen were "shark" style fins pointing towards the back of the cars. A three section built in front bumper was another exclusive trait of the Series 62 Eldorados, which came with a long list of standard features. Four specially-built 4-door hardtop Eldorado Sedan Sevilles were also built in 1957.