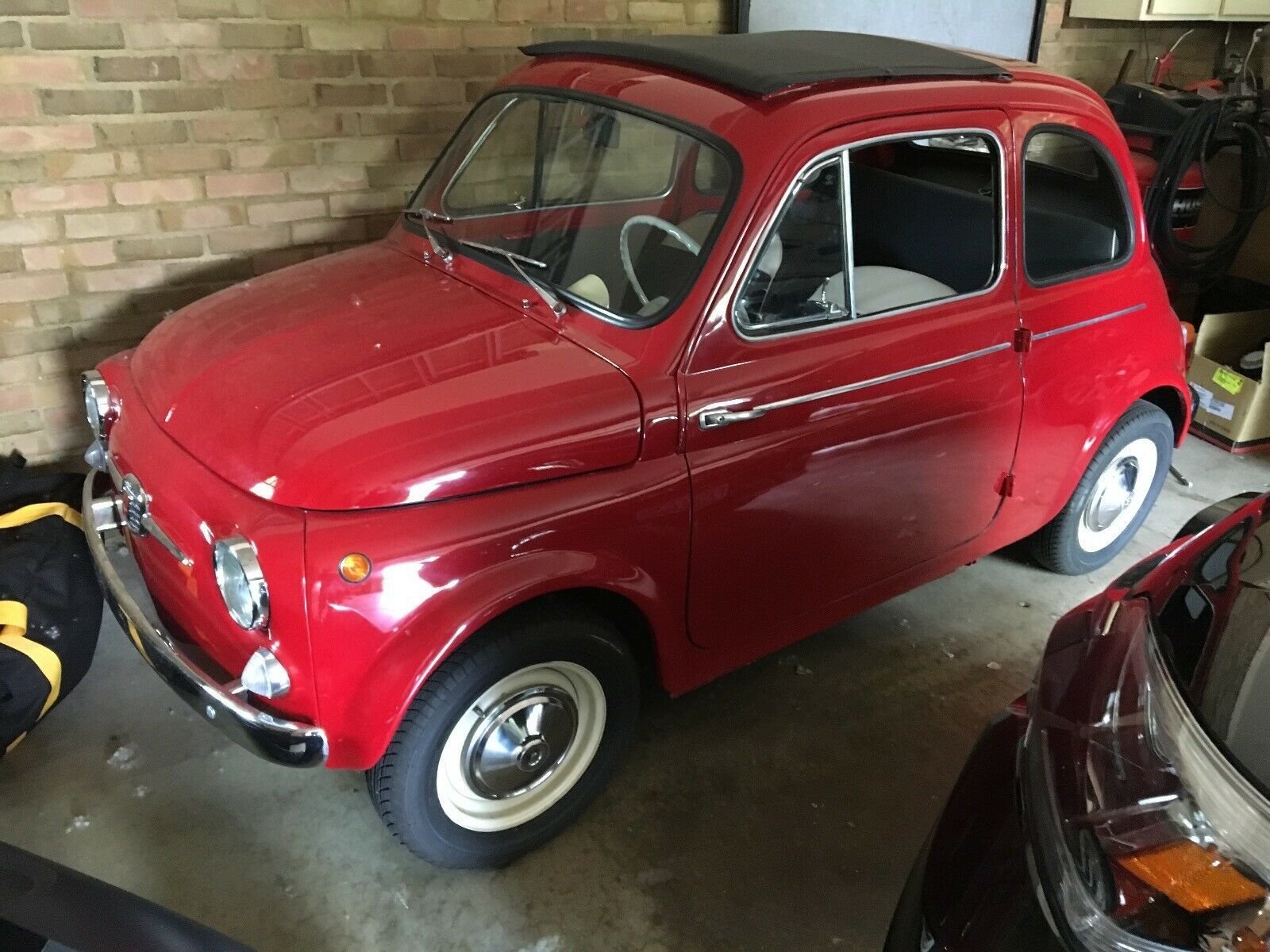 This vehicle is located in:
LEROY, NY

The Fiat 500 (Italian: Cinquecento,) is a rear-engined, four-seat, small city car that was manufactured and marketed by Fiat Automobiles from 1957 to 1975 over a single generation in two-door saloon and two-door station wagon bodystyles.

Launched as the Nuova (new) 500 in July 1957, as a successor to the 500 "Topolino", it was an inexpensive and practical little car. Measuring 2.97 metres (9 feet 9 inches) long, and originally powered by a 479 cc two-cylinder, air-cooled engine, the 500 was 24.5 centimetres (9.6 inches) smaller than Fiat's 600, launched two years earlier, and is considered one of the first purpose-designed city cars.

The 500 features a 479 cc (500cc nominal) two-cylinder engine, hence the name, producing just 13 horsepower. This model also features a fabric roof, foldable to the rear of the vehicle, like that of a Citroën 2CV — rather than the later roof design, which only folds half way back along the roof. The Nuova 500 is one of three models featuring "suicide doors."

• CLEAN AND CLEAR NY STATE TRANSFERABLE REGISTRATION, FOR OLD CARS PRIOR TO 1973 NY STATE ISSUES A TRANSFERABLE REGISTRATION, SAME AS THE TITLE; YOU CAN REGISTER AND GET A TITLE IN YOUR STATE
• THIS FIAT HAS 93,060 MILES
• 500CC 2 CYL. ENGINE WITH 4 SPEED MANUAL TRANSMISSION
• RESTORED 3 YEARS AGO, EVERY NUT AND BOLT, $12000 INVESTED IN PARTS
• WELL MAINTAINED, GARAGE KEPT
• RUNS AND DRIVES