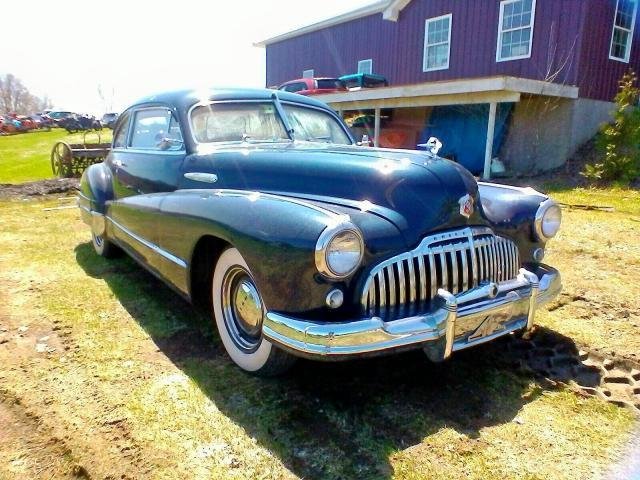 This vehicle is located in:
WEST WARREN, MA

The Buick Super is a full-sized automobile produced from the 1940 through the 1958 model years (excluding WW II). It was built on Buick's larger body shared with the Roadmaster and was replaced by the Riviera in 1964.

In 1946 Buick once again combined the large Series 70 Roadmaster body with the economical Series 40 Special powerplant to create the Series 50 Super line. Basic styling was continued from 1942 now sedans had the front fender sweep across the doors to the rear fenders as did the Sedanet and convertible styles.

• THIS BUICK HAS 95,253 MILES
• FIREBALL STRAIGHT 8 CYL. ENGINE WITH MANUAL TRANSMISSION
• VERY ORIGINAL AND CLEAN VEHICLE
• WELL MAINTAINED, GARAGE KEPT
• THE CAR HAS BEEN SITTING FOR ABOUT 1 YEAR SHOULD'T TAKE MUCH TO GET IT RUNNING