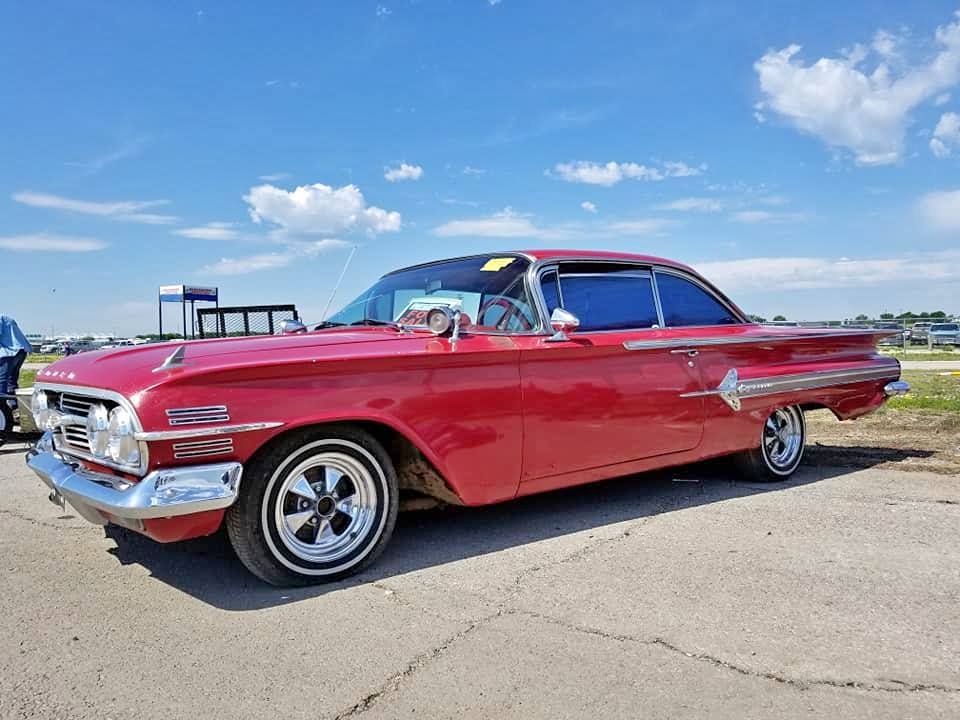 This vehicle is located in:
GRAND PRAIRIE, TX

The Chevrolet Impala (/ɪmˈpælə, -ˈpɑːlə/) is a full-size car built by Chevrolet for model years 1958 to 1985, 1994 to 1996, and since 2000 onwards as a mid-size car. The Impala is Chevrolet's popular flagship passenger car and is generally among the better selling American made automobiles in the United States.

The 1959 Chevrolet Impala was redesigned. Sharing bodyshells with lower-end Buicks and Oldsmobiles as well as with Pontiac, part of a GM economy move, the Chevrolet's wheelbase was 1-1/2 inches longer. Using a new X-frame chassis, the roof line was three inches lower, bodies were two inches wider, and curb weight increased. Its tailfins protruded outward, rather than upward. The taillights were a large "teardrop" design at each side, and two slim-wide nonfunctional front air intake scoops were added just above the grille,

The Impala became a separate series, adding a four-door hardtop and four-door sedan, to the two-door Sport Coupe and convertible. Sport Coupes featured a shortened roof line and wrap-over back window. The standard engine was an I6, while the base V8 was the carryover 283 cu in (4.6 L), at 185 hp (138 kW). Optional were a 283 cu in with 290 hp (220 kW) and 348 cu in (5.7 L) V8 up to 335 hp (250 kW). Standard were front and rear armrests, an electric clock, dual sliding sun visors, and crank-operated front vent windows. A contoured hooded instrument panel held deep-set gauges. A six-way power seat was a new option, as was "Speedminder", for the driver to set a needle at a specific speed and a buzzer would sound if the pre-set was exceeded.

The 1960 Impala models reinstated three round taillights on each side, and a white band running along the rear fenders.