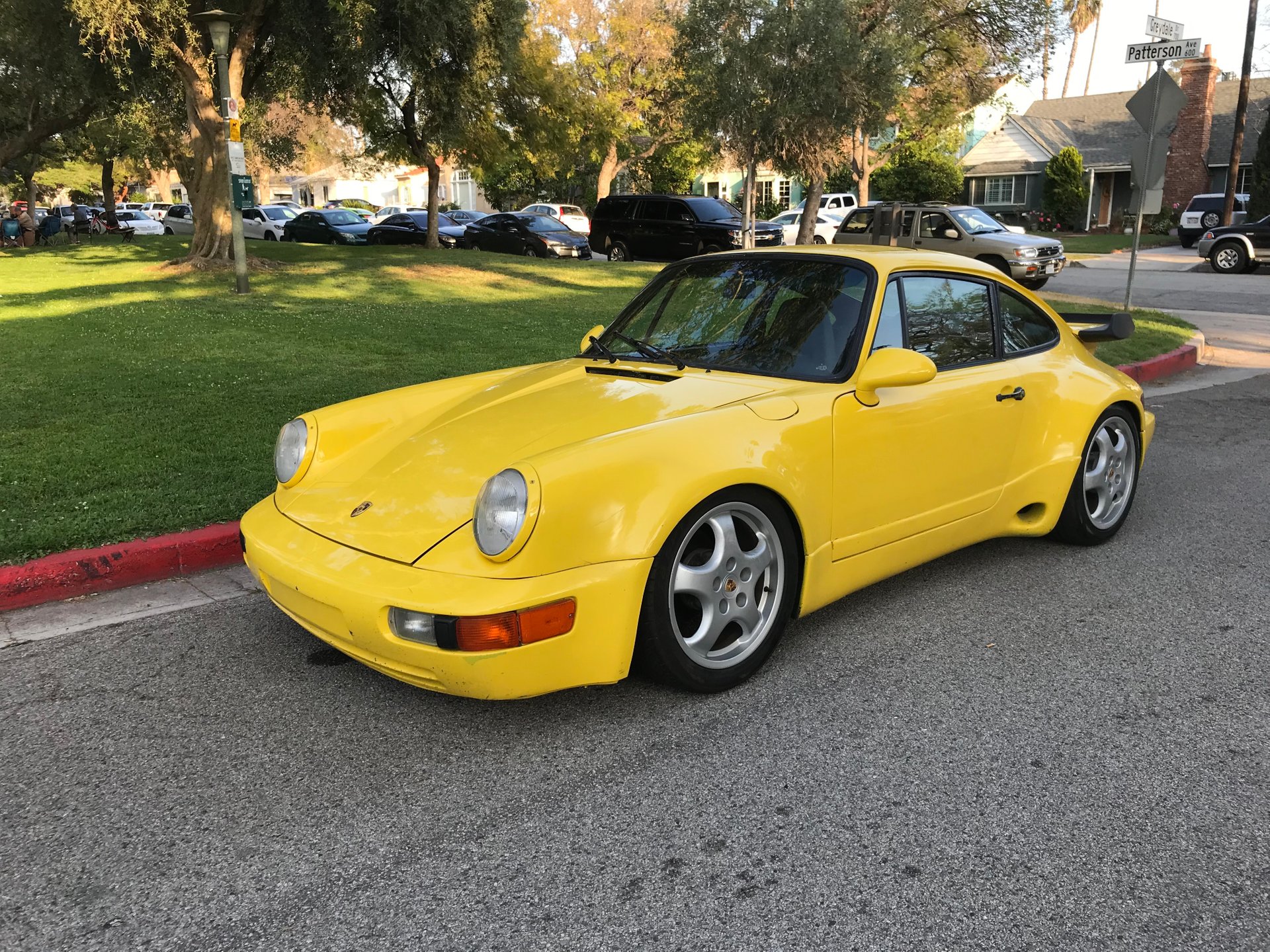 • CLEAN TITLE
• THIS PORSCHE HAS 157,863 MILES, MILEAGE ON THE TITLE IS EXEMPT BECAUSE IT'S OVER 10 YEARS
• THIS ONE-OF-A-KIND 1978 PORSCHE 911SC COUPE IS AVAILABLE IN YELLOW WITH A BLACK INTERIOR
• COMES EQUIPPED WITH 3.0 LITER ENGINE, 5 SPEED MANUAL TRANSMISSION, AIR CONDITIONING, POWER WINDOWS & SUNROOF
• CLUTCH IS IN GREAT CONDITION
• UPDATED 964 BODY KIT, ALL STEEL
• INCLUDES THE SPARE TIRE
• RUNS AND DRIVES