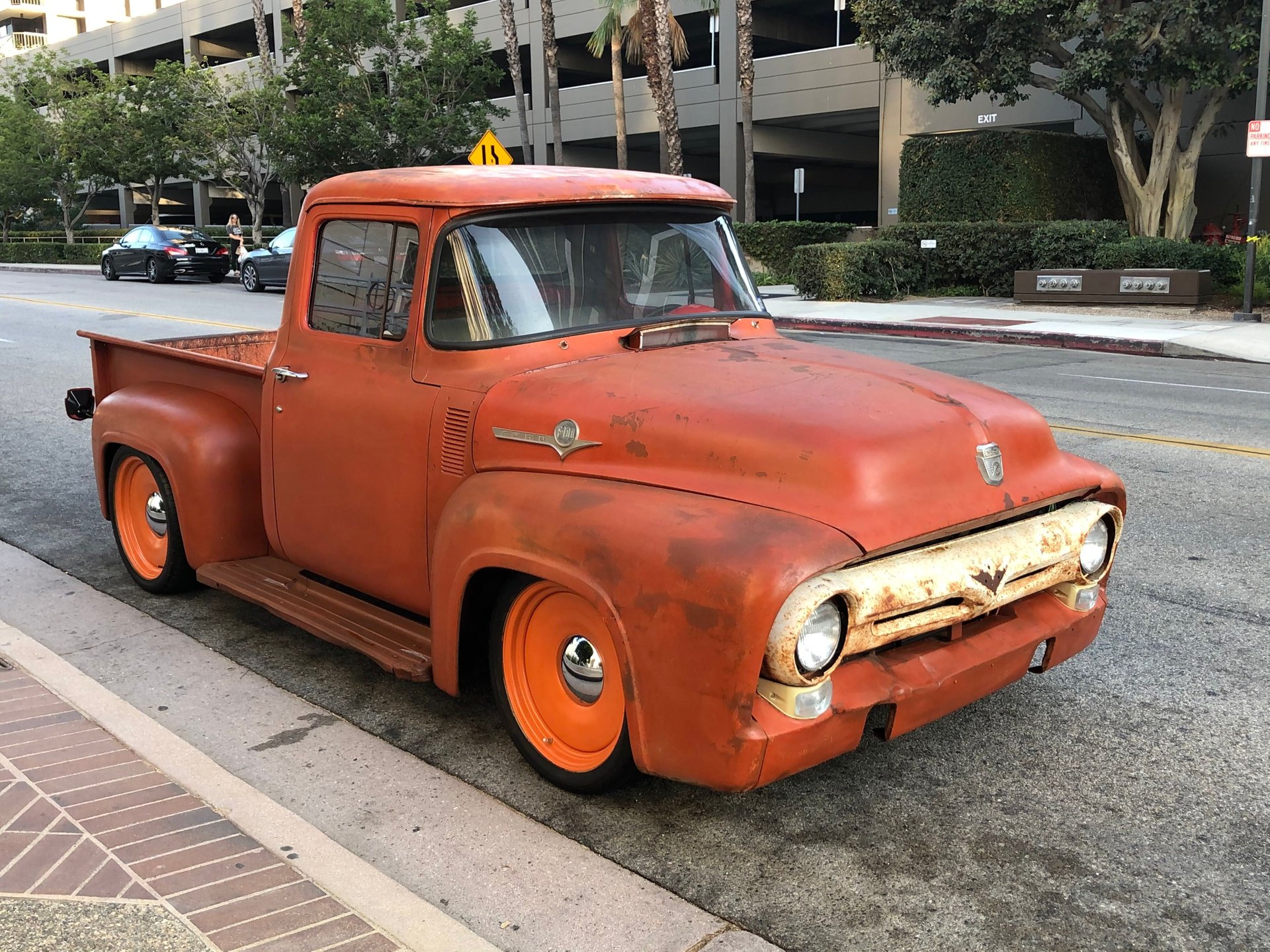 The Ford F-Series is a series of light-duty trucks and medium-duty trucks (Class 2-7) that have been marketed and manufactured by Ford Motor Company. In production since 1948, the F-Series includes full-size pickup trucks, chassis cab trucks, and commercial vehicles. As of 2019 production, the Ford F-Series includes the F-150 pickup, Class 3-5 Super Duty trucks (F-250 through F-550), and the Class 6-8 Super Duty trucks (F-650, F-750). The most popular version of the F-Series is the F-150, now in its thirteenth generation.

For the 1953 model year, Ford introduced a second generation of the F-Series trucks. Increased dimensions, improved engines, and an updated chassis were features of the second generation. In another change, the model nomenclature of the F-Series was expanded to three numbers; this remains in use in the present day. The half-ton F-1 became the F-100 (partially influenced by the North American F-100 Super Sabre)[citation needed]; the F-2 and F-3 were combined into the ¾-ton F-250 while the F-4 became the one-ton F-350. Conventional F-Series trucks were F-500 to F-900; COE chassis were renamed C-Series trucks.

While the cabs, doors, rad support, inner fenders and hoods are the same from 1953-1956 F-100 & F-250s (the fenders varied on F250, 350,500 and long boxes were only available on F-250), in 1956 the cab underwent a major revision. Centered around a wraparound windshield, the cab was given new doors, a redesigned dashboard, and an (optional) panoramic rear window). In line with Ford cars, the 1956 F-Series offered seat belts as an option