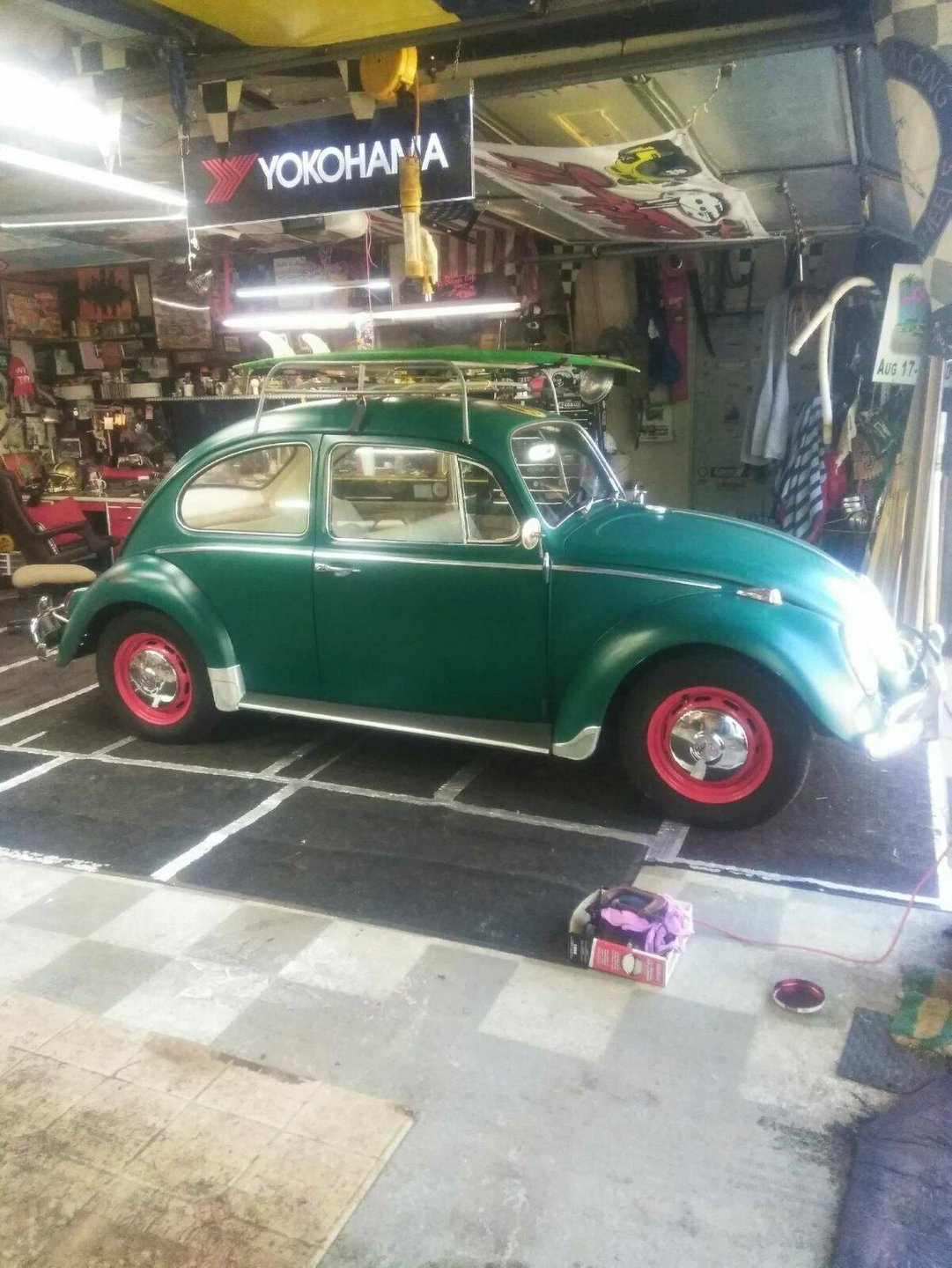 This vehicle is located in:
LOUISVILLE, KY

The Volkswagen Beetle—officially the Volkswagen Type 1, informally in German the Käfer (meaning "beetle"), in parts of the English-speaking world the Bug, and known by many other nicknames in other languages—is a two-door, rear-engine economy car, intended for five occupants (later, beetles were only allowed for four people in some countries), that was manufactured and marketed by German automaker Volkswagen (VW) from 1938 until 2003

Although designed in the 1930s, due to World War II, civilian Beetles only began to be produced in significant numbers by the end of the 1940s. The car was then internally designated the Volkswagen Type 1, and marketed simply as the Volkswagen (or "People's Car"). Later models were designated Volkswagen 1200, 1300, 1500, 1302, or 1303, the former three indicating engine displacement, the latter two derived from the model number. The car became widely known in its home country as the Käfer (German for "beetle", cognate with English chafer) and was later marketed under that name in Germany, and as the Volkswagen in other countries. For example, in France it was known as the Coccinelle (French for ladybug).

• CLEAN TITLE
• ODOMETER SHOWS 3,759 MILES, THIS VOLKSWAGEN HAS 103,759 MILES, NO INFORMATION ABOUT THE MILEAGE BRAND ON THE TITLE BECAUSE IT'S OVER 10 YEARS
• 4 CYL. ENGINE WITH MANUAL TRANSMISSION
• WELL MAINTAINED, GARAGE KEPT
• RUNS AND DRIVES