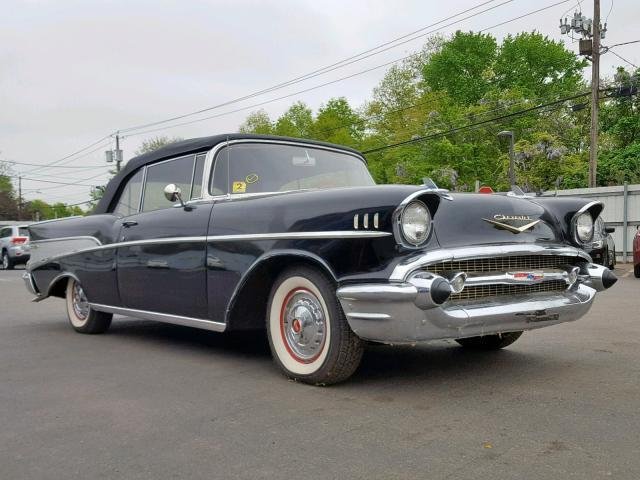 This vehicle is located in:
HILLSBOROUGH, NJ

The 1957 Bel Air is considered by many to be "an icon of its age. . .right alongside Elvis, Marilyn Monroe, and Leave it to Beaver," and is among the most recognizable American cars of all time[17]; well-maintained examples, especially Sport Coupes and Convertibles are highly sought after by collectors and enthusiasts. They are roomy, with tastefully restrained, period use tail fins and chrome. A second automatic transmission, Turboglide was optional. While the original two-speed Powerglide continued unchanged, Turboglide provided a continuously variable gear-ratio which made "shifting" imperceptible. The shift quadrant on Turboglide cars followed a "P R N D Gr" pattern.