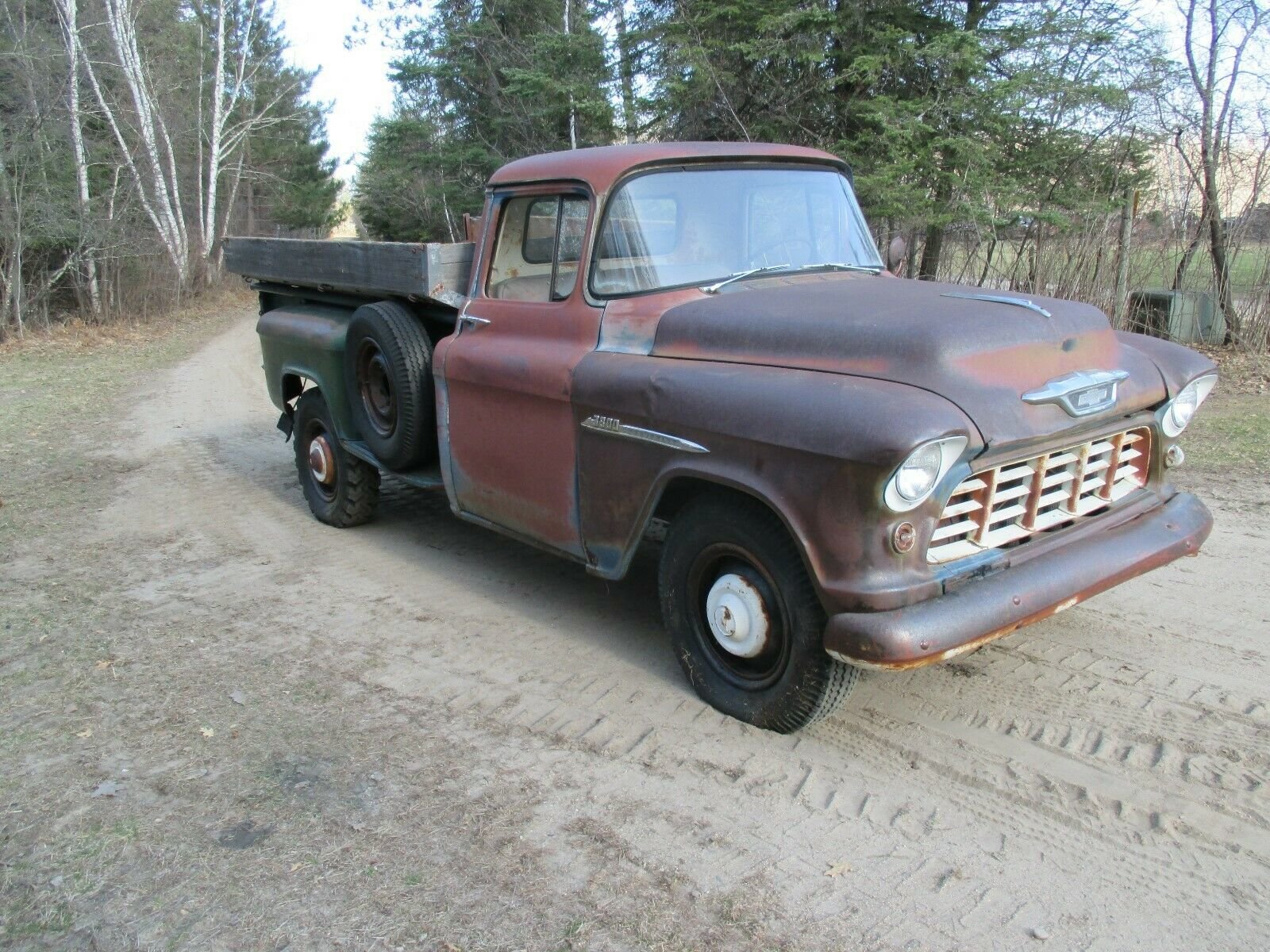 This vehicle is located in:
AVON, MN

The Chevrolet Task Force was Chevrolet's successor to the Advance Design trucks. The Task Force Series ran from late 1955 (second series) through 1959. At GMC locations, it was called the Blue Chip Series.

The 1955 second series offered standard options and add-ons such as 12-volt electrical systems, the first V8 (265 cubic inches), and Fleetside beds in 1958.

• CLEAN TITLE
• THIS CHEVROLET HAS 78,921 MILES, NO MILES ON THE TITLE BECAUSE IT'S OVER 10 YEARS
• 6 CYL. ENGINE WITH MANUAL TRANSMISSION
• WELL MAINTAINED, GARAGE KEPT