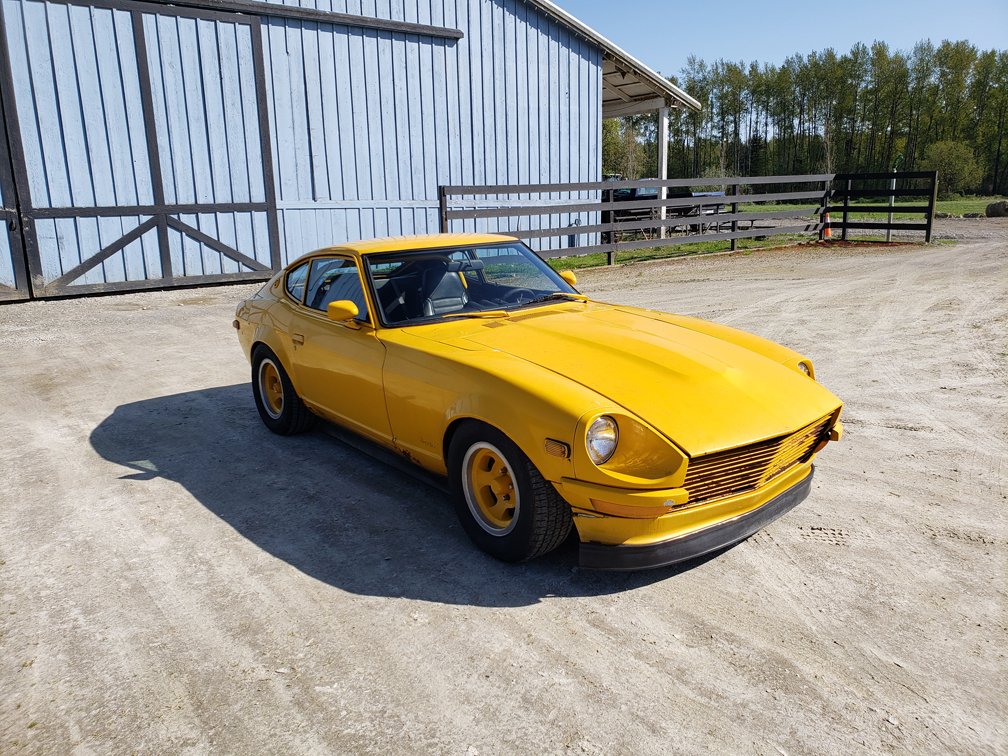 This vehicle is located in:
GRAHAM, WA

The 1970 240Z was introduced to the American market by Yutaka Katayama, president of Nissan Motors USA operations, widely known as "Mister K". The 1970 through the mid-1971 model year 240Z was referred to as the Series I. These early cars had many subtle but notable features differing from later cars. The most easily visible difference is that these early cars had a chrome 240Z badge on the sail pillar, and two horizontal vents in the rear hatch below the glass molding providing flow through ventilation. In mid-1971, for the Series II 240Z-cars, the sail pillar emblems were restyled with just the letter Z placed in a circular vented emblem, and the vents were eliminated from the hatch panel of the car.

Design changes for the US model 240Z occurred throughout production, including interior modifications for the 1972 model year, and a change in the location of the bumper over-riders, as well as the addition of some emission control devices and the adoption of a new style of emissions reducing carburetors for the 1973 model year.

• CLEAN TITLE
• ODOMETER SHOWS 28,748 MILES, THIS DATSUN HAS 128,748 MILES, MILEAGE ON THE TITLE IS EXEMPT BECAUSE IT'S OVER 10 YEARS
• L24 6 CYL. ENGINE WITH MANUAL TRANSMISSION
• THIS DECEMBER 1970 BUILT DATSUN IS ONE OF THE EARLIER IN THE PRODUCTION LINE
• GARAGE KEPT