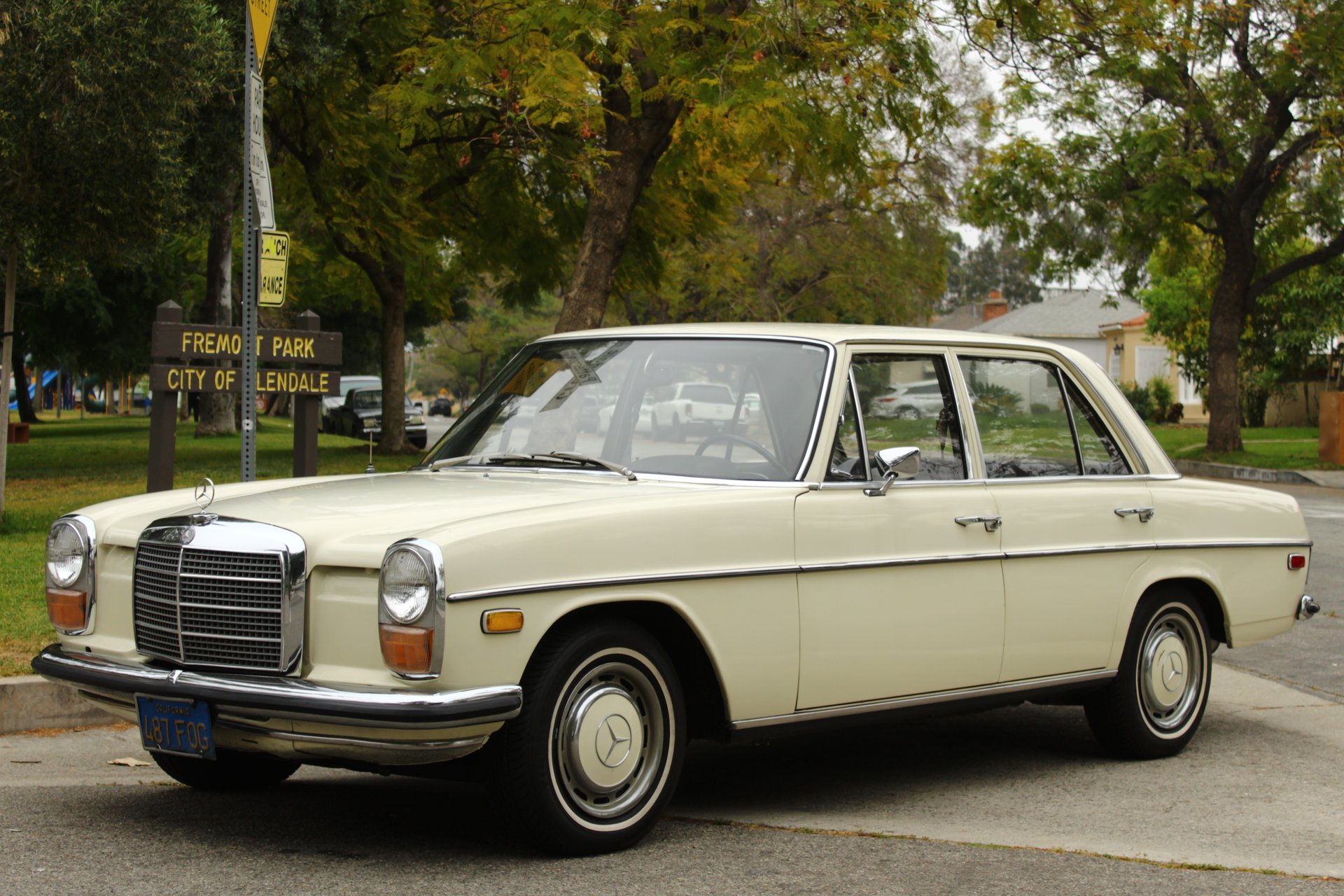 The Mercedes-Benz W114 and W115 models are a series of executive sedans and coupés introduced in 1968 by Mercedes-Benz, manufactured until model year 1976, and distinguished in the marketplace by names relating to their engine size.

All were styled by Paul Bracq, featuring a three-box design. At the time Mercedes marketed sedans in two size classes, with the W114/W115 positioned below the Mercedes-Benz S-Class.

• CLEAN CA TITLE
• THIS MERCEDES HAS 56,070 MILES, NO MILES ON THE TITLE BECAUSE IT'S OVER 10 YEARS
• AUTOMATIC TRANSMISSION
• RESTORED A FEW YEARS AGO
• WELL MAINTAINED, GARAGE KEPT
• RUNS AND DRIVES