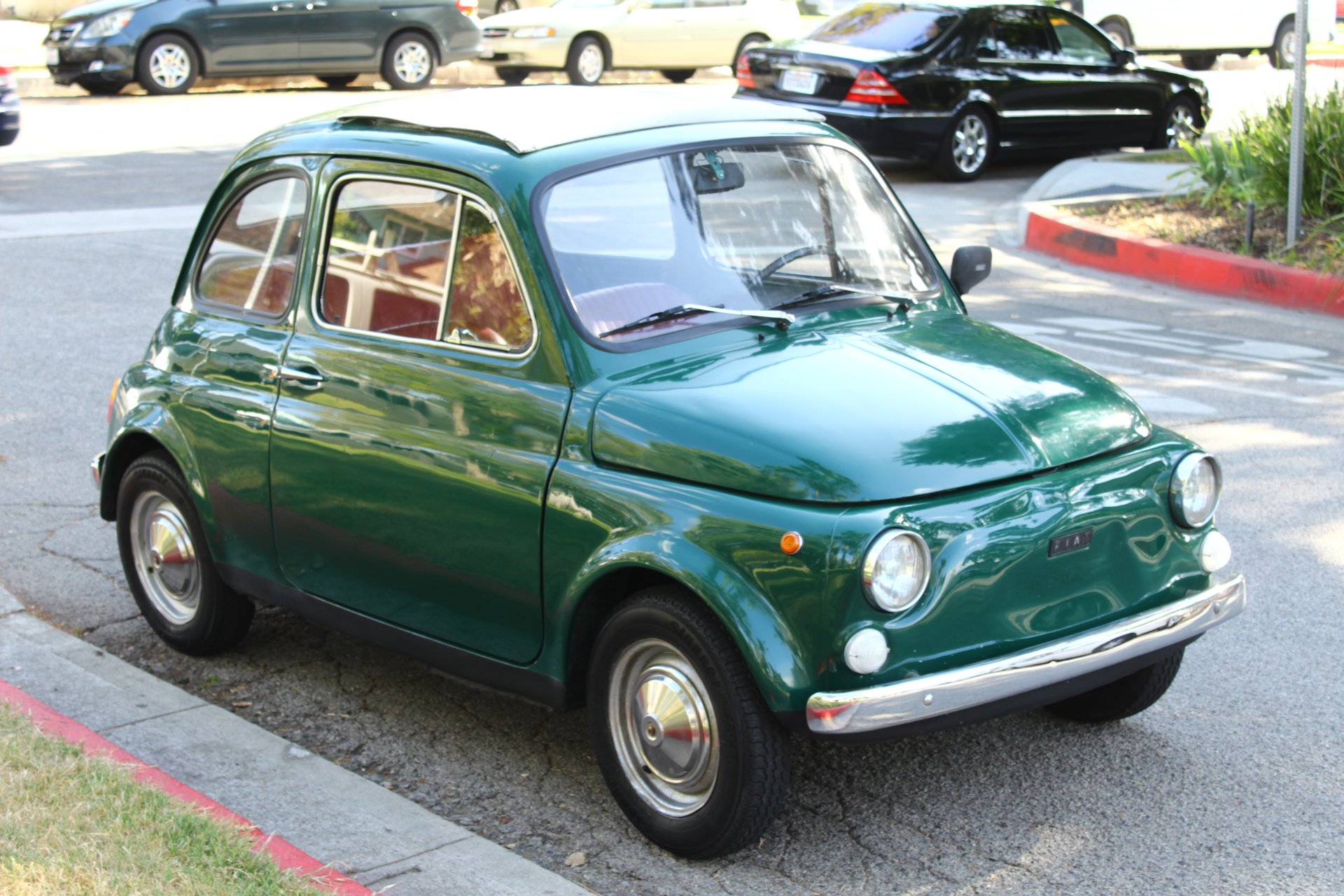 The Fiat 500 (Italian: Cinquecento,) is a rear-engined, four-seat, small city car that was manufactured and marketed by Fiat Automobiles from 1957 to 1975 over a single generation in two-door saloon and two-door station wagon bodystyles.

Launched as the Nuova (new) 500 in July 1957, as a successor to the 500 "Topolino", it was an inexpensive and practical little car. Measuring 2.97 metres (9 feet 9 inches) long, and originally powered by a 479 cc two-cylinder, air-cooled engine, the 500 was 24.5 centimetres (9.6 inches) smaller than Fiat's 600, launched two years earlier, and is considered one of the first purpose-designed city cars.

The F spans two periods of 500 production, the D and the L. As such, it is the most frequently misidentified model. Between 1965 and 1969 the F carried the same badging as the D, but the two models are distinguishable by the positioning of their door hinges. The D has "suicide doors": the F, produced from June 1965, at last featured front-hinged doors. Between 1969 and 1972 the F was sold alongside the Lusso model as a cheaper "base model" alternative. While the F and L are mechanically very similar, the key differences are the bumpers (the L has an extra chrome nudge bar) and the interior (the F interior is nearly identical to the original 1957 design while the L sports a much more modern look).

• CLEAN CA TITLE
• THIS FIAT HAS 66,559 MILES, NO MILES ON THE TITLE BECAUSE IT'S OVER 10 YEARS
• 4 CYL. ENGINE WITH MANUAL TRANSMISSION
• COMES WITH SERVICE RECORDS AND A CD
(160 PICTURES THAT SHOW RESTORING THIS FIAT)
• WELL MAINTAINED, GARAGE KEPT
• RUNS AND DRIVES