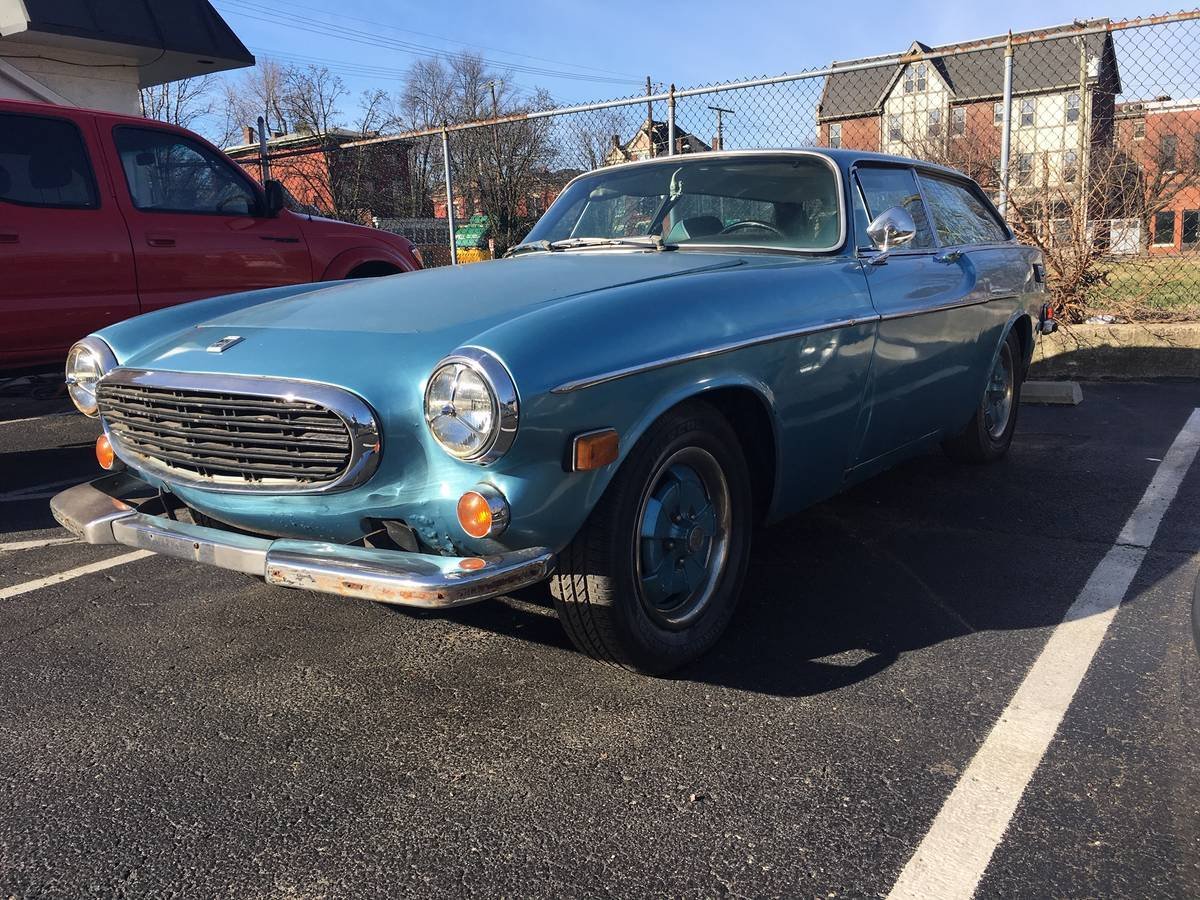 The Volvo P1800 is a 2+2, front-engine, rear-drive sports car manufactured and marketed by Volvo Cars between 1961 and 1973. Originally a coupe (1961–1972), it was altered into a shooting-brake for the duration of its production (1972-1973). Styling was by Pelle Petterson under the tutelage of Pietro Frua when Frua's studio was a subsidiary of the prestigious Italian carrozzeria Ghia, and mechanicals derived from Volvo's dependable Amazon/122 series.

Marketed as a stylish touring car rather than a sports car, the P1800 became widely known when driven by future James Bond actor Roger Moore in the hit television series The Saint which aired from 1962-1969.

In 1998, an 1800S was certified as the highest mileage private vehicle driven by the original owner in non-commercial service — having exceeded three million miles as of 2013.

• CLEAN TITLE
• THIS VOLVO HAS 37,337 MILES, MILEAGE ON THE TITLE IS EXEMPT AS IT'S OVER 10 YEARS
• VERY RARE CAR
• 4 CYL. ENGINE WITH MANUAL TRANSMISSION THAT RUNS THROUGH ALL THE GEARS
• ORIGINAL METALLIC BLUE PAINT AND BLUE INTERIOR
• COMES WITH PATCH PANELS FOR REAR QUARTERS