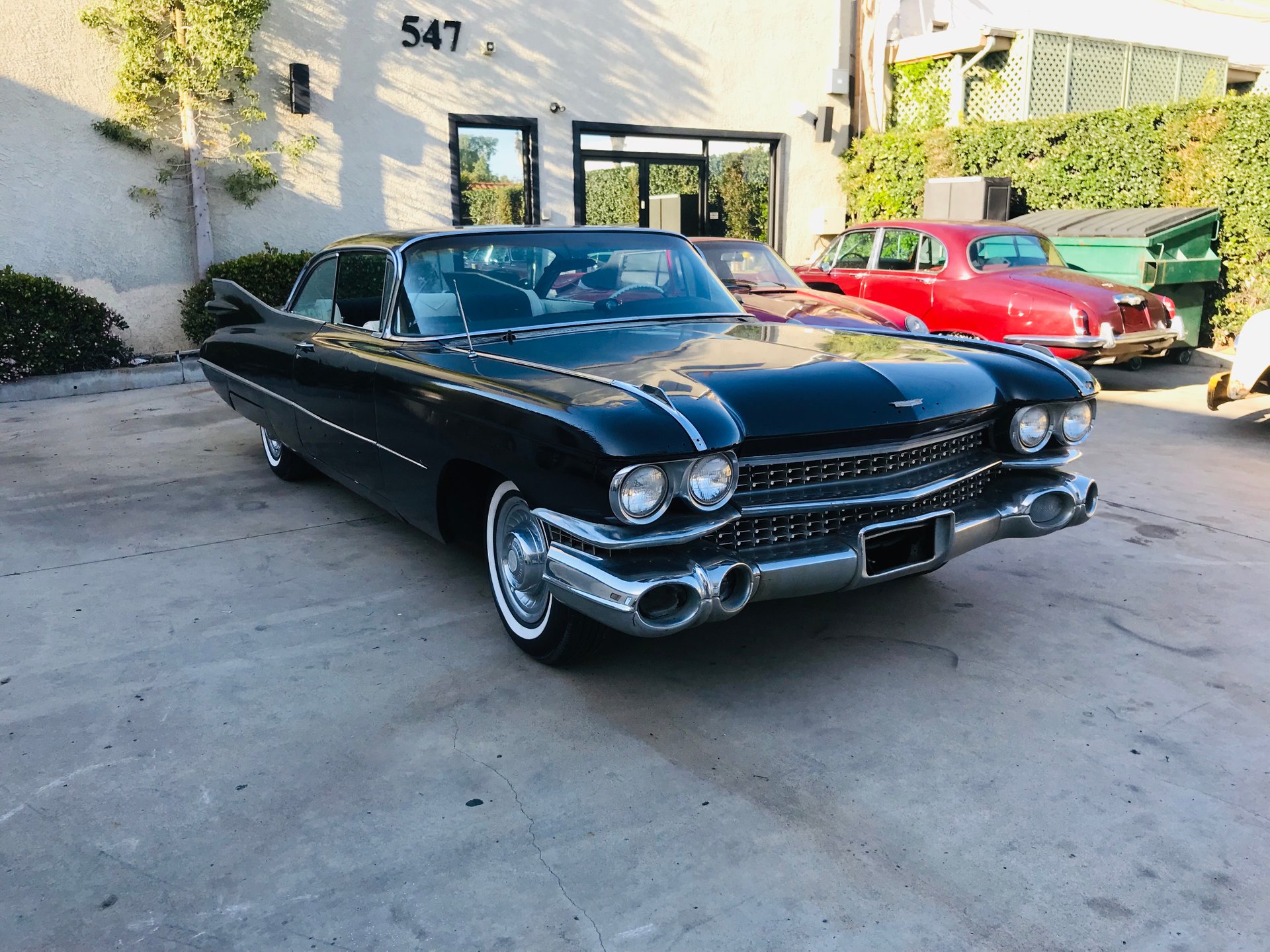 The name "DeVille" is derived from the French de la ville or de ville meaning "of the town". In French coach building parlance, a coupé de ville, from the French couper (to cut) i.e. shorten or reduce, was a short four-wheeled closed carriage with an inside seat for two and an outside seat for the driver and this smaller vehicle was intended for use in the town or city (de ville). An (unshortened) limousine or (in the United States) town car has a division between the passenger and driver compartments and if the driver's seat is outside it may be called a sedanca de ville or town car.

The 1959 Cadillac is remembered for its huge sharp tailfins with dual bullet tail lights, two distinctive rooflines and roof pillar configurations, new jewel-like grille patterns and matching deck lid beauty panels.[5] In 1959 the Series 62 were moved from the Series 62 to their own series, the Series 6200.