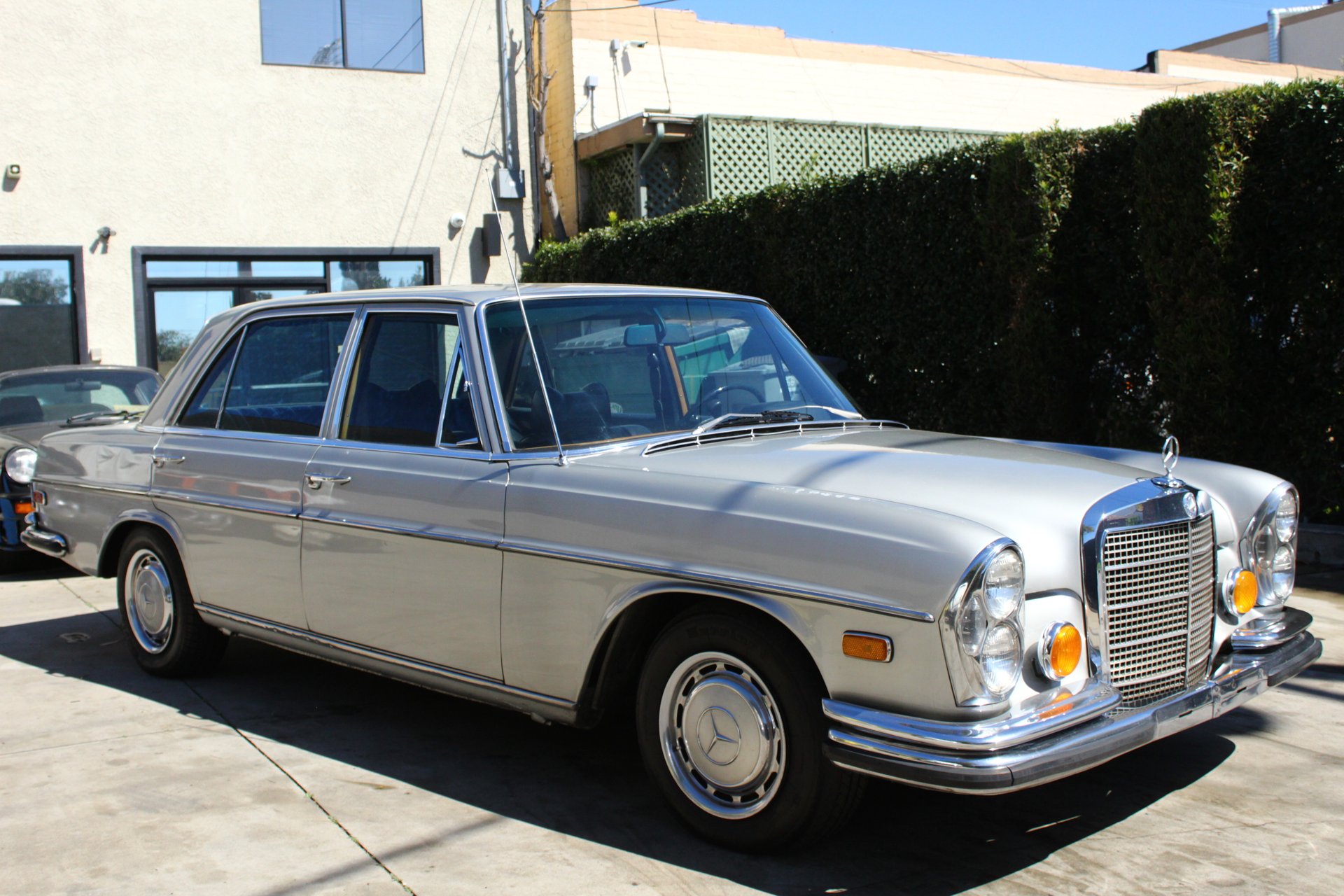 This vehicle is located in..
VAN NUYS, CA

Although many critics described the car as a "fintail without the fintails", the vehicle was an amazing success. Mostly, due its simple and square contours, it is not remembered for its looks, though some argue that it was thanks to such design that the car has such a timeless charm, but instead it was very well known for its reliability and durability, as proof of excellent German engineering.

• CLEAN CA TITLE
• THIS MERCEDES HAS ACTUAL 83,889 MILES, THE TITLE ALSO SHOWS ACTUAL MILEAGE
• 4.5 V8 ENGINE WITH 3 SPEED AUTOMATIC TRANSMISSION
• THE CAR IS IN GOOD OVERALL CONDITION, NO RIPS/TEARS IN SEATS, NO CRACKS IN THE DASH, DOOR PANELS LOOK GREAT
• POWER SUNROOF, A/C, POWER DOOR LOCKS, POWER WINDOWS, POWER STEERING, POWER 4 WHEEL DISC BRAKES, AND THE INFAMOUS BECKER EUROPA RADIO (THAT IS WORTH $1000 ON ITS OWN)
• COMES WITH A BOOK AND RECEIPTS