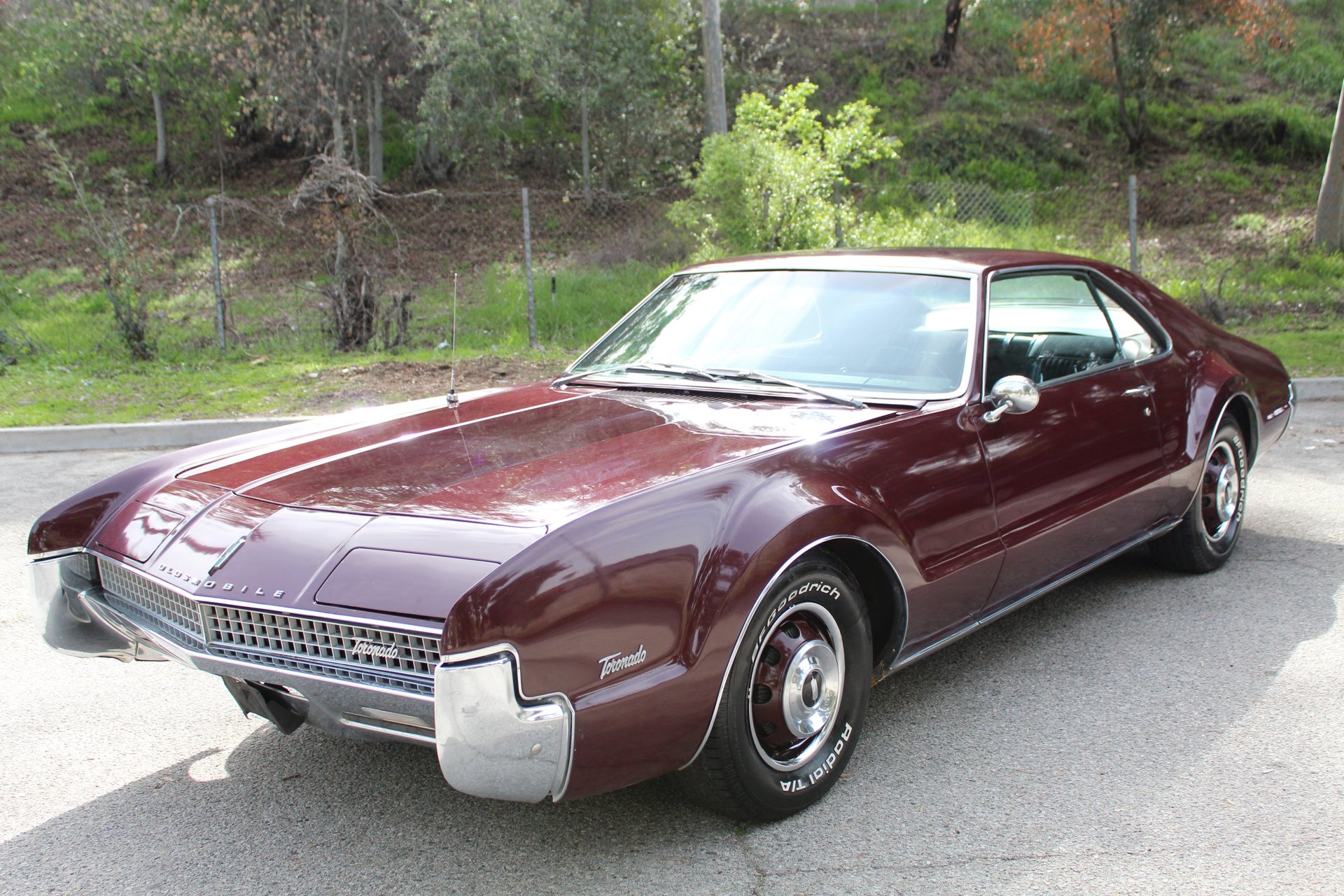 The Oldsmobile Toronado is a personal luxury car manufactured and marketed by the Oldsmobile division of General Motors from 1966 to 1992 over four generations. The Toronado was noted for its transaxle version of GM's Turbohydramatic transmission, making it the first U.S.-produced front-wheel drive automobile since the demise of the Cord in 1937.

In 1967, Cadillac adopted its own version of the UPP for the Cadillac Eldorado, using the Cadillac V8 engine. The Eldorado also shared the E-body shell with the Toronado and Riviera, but its radically different styling meant that the three cars did not look similar at all.

• CLEAN TITLE
• THIS OLDSMOBILE HAS 30,525 MILES, MILEAGE ON THE TITLE IS EXEMPT LIKE MOST CLASSICS
• V8 ENGINE WITH AUTOMATIC TRANSMISSION
• THIS EXAMPLE HAS AN UPDATED ALTERNATOR, ELECTRONIC IGNITION, NEW EXHAUST WITH A MAGNAFLOW MUFFLER, REBUILT AXLES, AND A FRESH TUNE UP
• VERY SOLID AND GARAGE KEPT VEHICLE
• WELL MAINTAINED, RUNS AND DRIVES