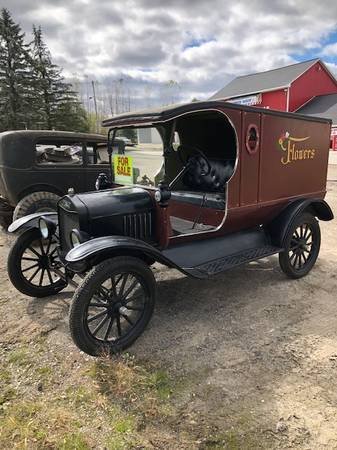 This vehicle is located in:
DAVISON, MI

• CLEAN TITLE
• NO MILES ON THE TITLE LIKE MOST CLASSICS
• VERY COMPLETE AND SOLID VEHICLE
• 4 CYL. FORD ENGINE AND MANUAL TRANSMISSION
• ELECTRIC START
• WAS RUNNING BEFORE PARKED IN A SHOW ROOM A FEW YEARS AGO
• SHOULDN'T TAKE MUCH TO GET THE CAR RUNNING