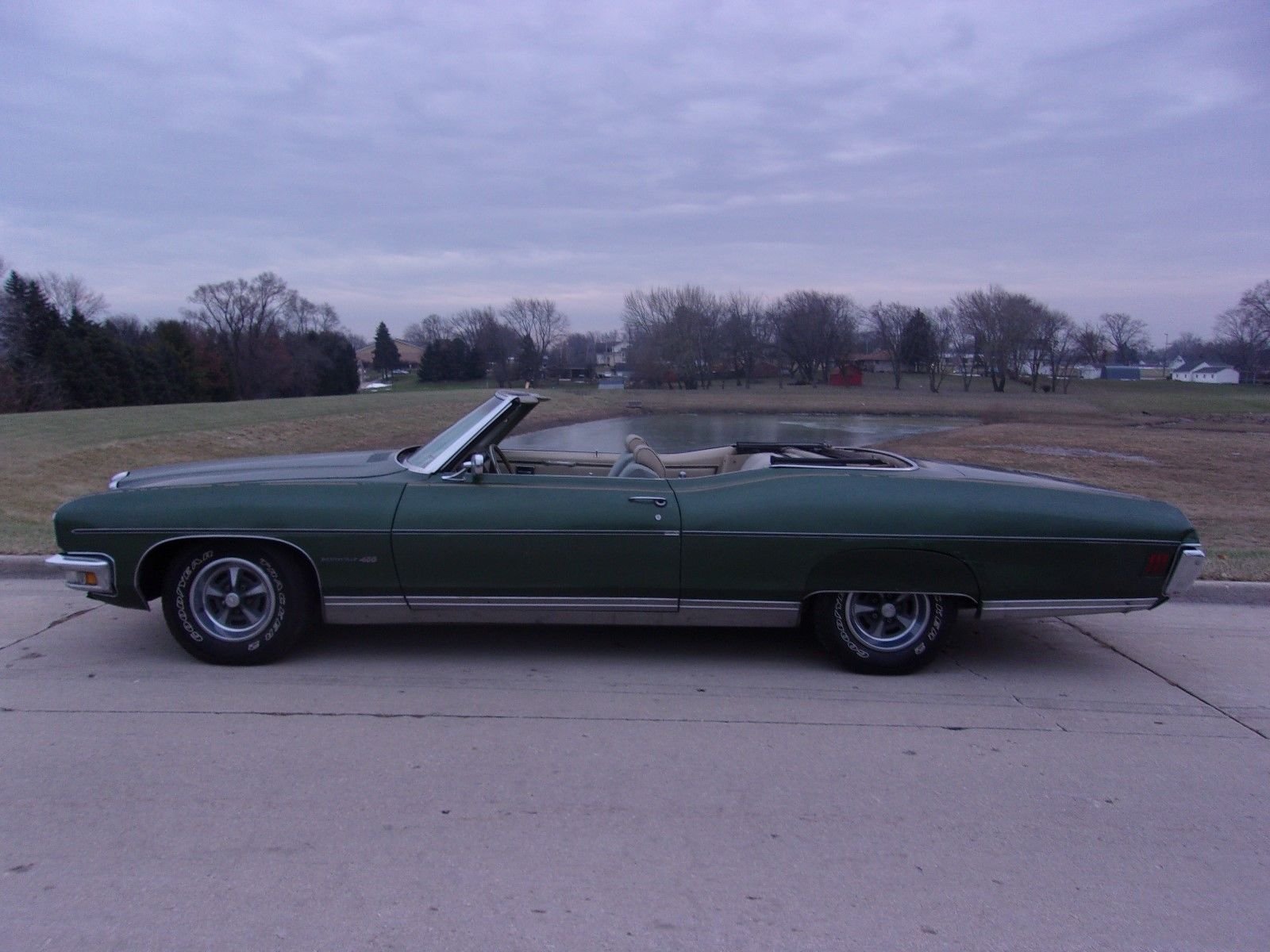 This vehicle is located in:
WHEELING, IL

Fourth generation (1965–1970)
For 1965, All GM "B" body cars were dramatically restyled. Swooping rooflines, rakish fender lines and the "Coke bottle" profile contributed to making one of the most popular body styles ever produced. The Bonneville got the new styling, with plenty of bright trim on the lower body sides and on the rear deck. Inside, new upholstery and instrumentation were featured.

• CLEAN TITLE; VERY RARE CAR
• ODOMETER SHOWS 21,808 MILES, THE CAR HAS 121,808 MILES, THE MILEAGE ON THE TITLE IS EXEMPT LIKE MOST CLASSICS
• ORIGINAL 455 NUMBERS MATCHING ENGINE REBUILT LESS THAN 2000 MILES AGO, AUTOMATIC TRANSMISSION
• VERY POPULAR VERDORO GREEN THAT WAS USED ON MANY PONTIAC MODELS BETWEEN 1967 AND 1970
• NEW WATER PUMP, ALL NEW BELTS AND HOSES
• THE EXHAUST SYSTEM IS COMPLETELY NEW FROM FRONT TO BACK WITH FLOWMASTER MUFFLERS
• FOUR BRAND NEW P225 75/R15" INCH GOODYEAR RAISED WHITE LETTERED TIRES ON A SET OF FOUR 15" INCH PONTIAC RALLY WHEELS WITH ALL FOUR CENTER CAPS
• VERY SOLID FLOORS
• THE ORIGINAL JACK AND CROW BAR WERE RESTORED AND SIT ON THE TRUNK MAT
• SPARE TIRE WITH PONTIAC RALLY WHEEL
• RUNS AND DRIVES