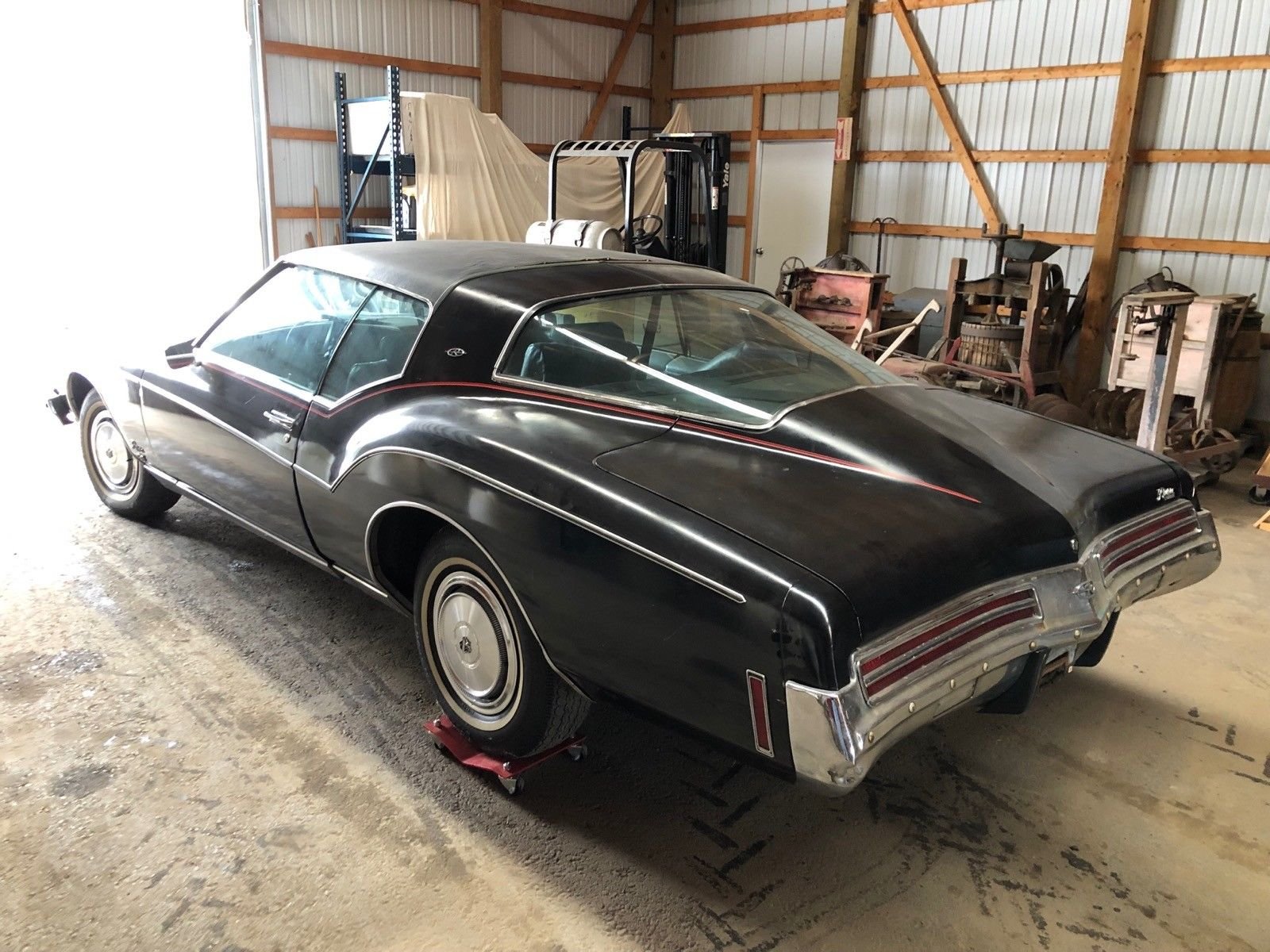 This vehicle is located in:
CENTRAL SQUARE, NY

The Buick Riviera is a personal luxury car produced by Buick from 1963 to 1999. GM's first entry into that prestige niche, the Riviera was highly praised by automotive journalists upon its high-profile debut.
The name Riviera, Latin for coastline, was chosen to evoke the allure and affluence of the French Riviera. It first entered the Buick line in 1949, as the designation for the new two-door pillarless hardtop, described in advertising as "stunningly smart".
Third generation (1971–1973)
The Riviera was radically redesigned for the 1971 model year with flowing and dramatic "boat-tail" styling. Designed under Bill Mitchell's direction, it was penned by Jerry Hirshberg, future head of design for Nissan, mating the two-piece vee-butted fastback rear window, inspired by the 1963 Corvette Sting Ray split window coupe, to the Riviera's platform.