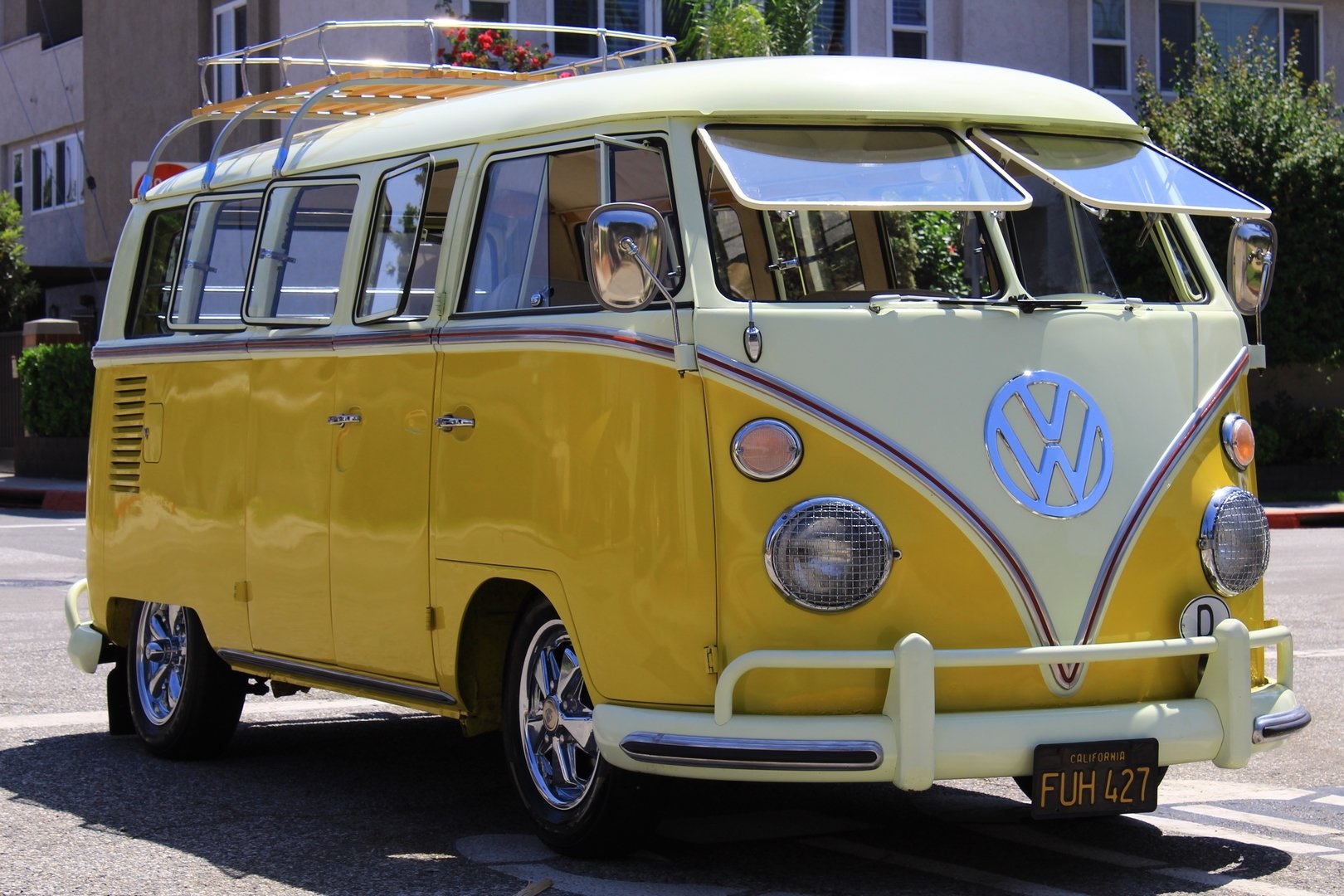 In 1962, a heavy-duty Transporter was introduced as a factory option.

Like the Beetle, from the beginning, the Type 2 earned many nicknames from its fans. Among the most popular,[citation needed] at least in Germany, are VW-Bus and Bulli (or Bully) or Hippie-van or the bus. The Type 2 was meant to be officially named the Bully, but Heinrich Lanz, producer of the Lanz Bulldog farm tractor, intervened.[citation needed] The model was then presented as the Volkswagen Transporter and Volkswagen Kleinbus, but the Bully nickname still caught on.

• CLEAN TITLE, ODOMETER SHOWS 70,656 MILES, NO INFORMATION ABOUT THE ODOMETER BRAND LIKE ALL THE OLD VEHICLES
• 1600 4 CYL. ENGINE WITH MANUAL TRANSMISSION
• THE FRAME HAS BEEN LOWERED
• YELLOW BELOW CREAM COLORED TOP WITH A TAN CLOTH INTERIOR
• HAS A CD PLAYER
• SAFARI WINDOW INSTALLED ON VEHICLE FRONT WINDSHIELD
• RUNS AND DRIVES