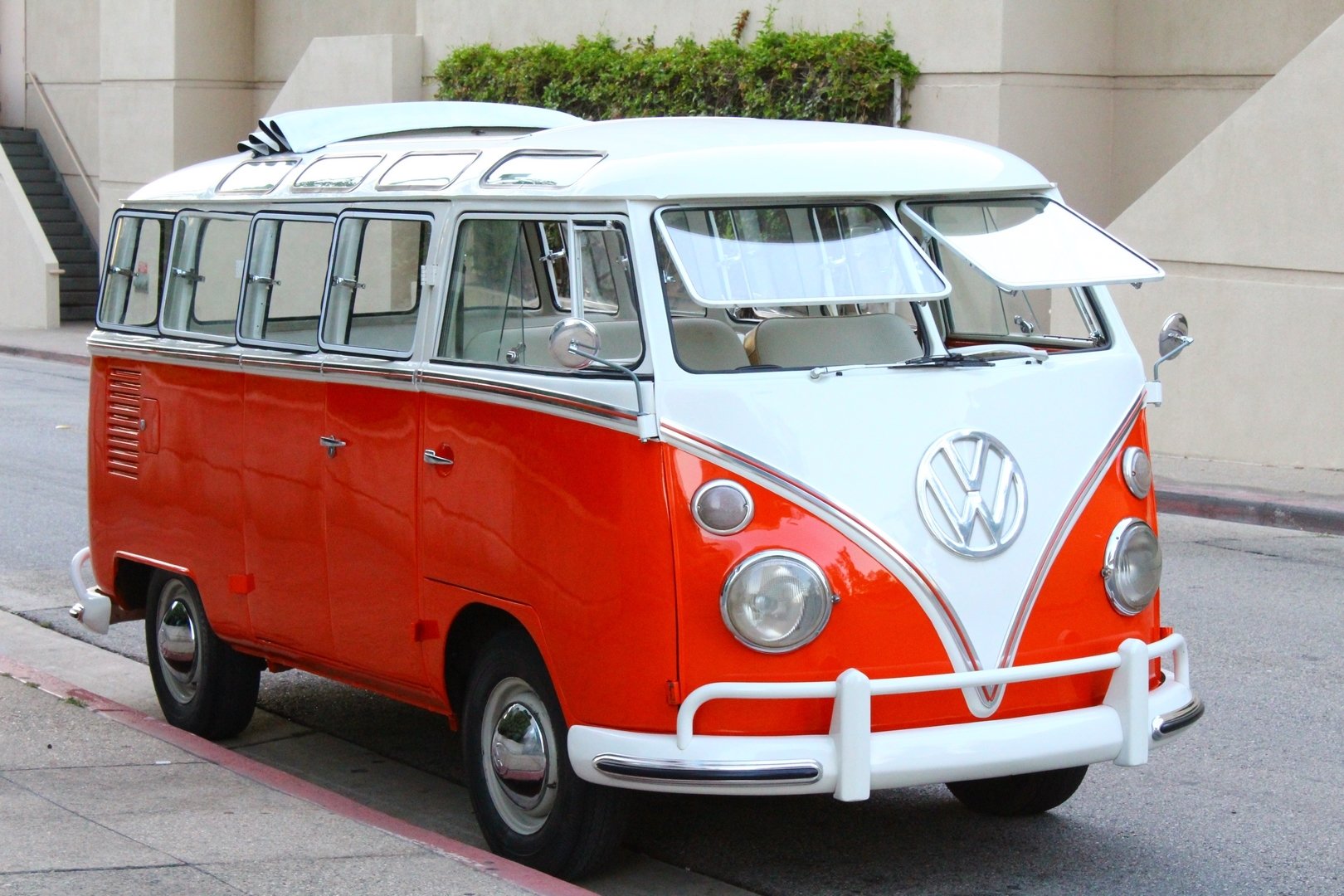 The first generation of the Volkswagen Type 2 with the split windshield, informally called the Microbus, Splitscreen, or Splittie among modern fans, was produced from 8 March 1950 through the end of the 1967 model year.

The Volkswagen Samba, in the United States also known as Sunroof Deluxe, was the most luxurious version of the T1. Volkswagen started producing Sambas in 1951.

In the USA Volkswagen vans were informally classified according to the number of windows they had. This particular model had 23 and later 21 windows including eight panoramic windows in the roof (the 23 window version had additional curved windows in the rear corners). To distinguish it from the normal Volkswagen van the name Samba was coined.

Instead of a sliding door at the side the Samba had two pivot doors. In addition the Samba had a fabric sunroof. At that time Volkswagen advertised with the idea of using the Samba to make tourist trips through the Alps.

Sambas were painted standard in two colors. Usually, the upper part was colored white. The two colored sections were separated by a decorative strip. Further the bus had a so-called "hat": at the front of the van the roof was just a little longer than the car itself to block the sun for the driver. The windows had chrome tables and the van had a more comprehensive dashboard than the normal T1.

When Volkswagen started producing the successor of the T1 (the T2) the company also stopped producing the Samba so there are no Sambas in later versions of the Transporter.

• CLEAN CA TITLE, THE ODOMETER SHOWS 63,741 KILOMETERS, NO MILES ON THE TITLE LIKE ALL THE OLD VEHICLES
• EXCELLENT 1500CC SINGLE PORT, ELECTRONIC DISTRIBUTOR, NEW BATTERY
• SWING AXLE TRANSMISSION IN PERFECT WORKING CONDITION; DISC BRAKES, ALL BRAKES COMPLETELY REVISED
• VERY SOLID BUS, HAS A SUNROOF
• BRAND NEW HEADLINER ON BOTH RAGTOP AND THE REST OF THE CEILING; SAFARIS WINDOWS, BRAND NEW RAGTOP
• ALL LIGHTS AND TURN SIGNALS WORK
• ALL SEATS ARE THERE AND IN NICE CONDITION AS WELL AS ALL BELTS AND FRONT DOOR PANELS; NEW LIGHT BULBS ALL AROUND
• RUNS AND DRIVES GREAT