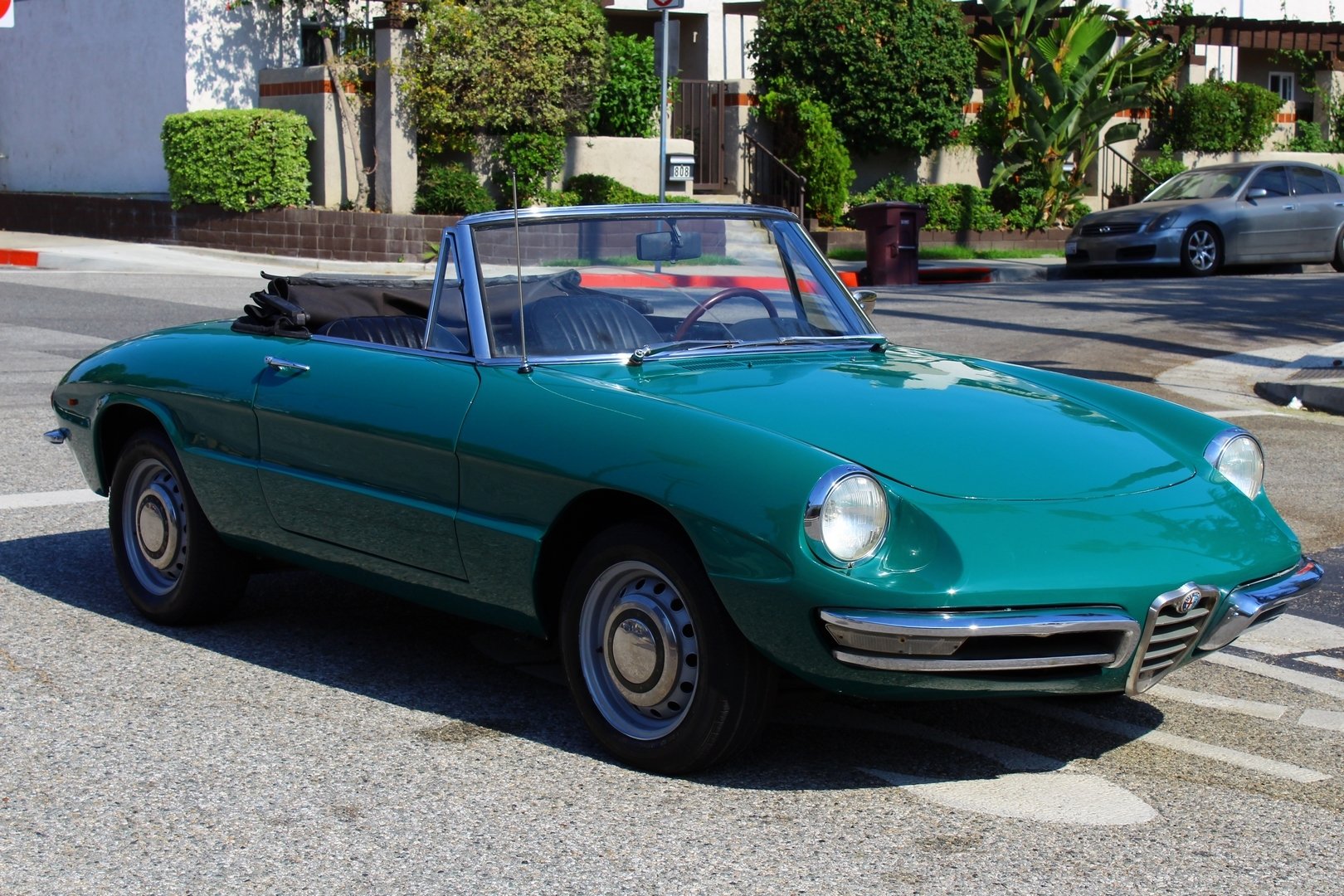 The Alfa Romeo Spider (105/115 series) is a roadster produced by the Italian manufacturer Alfa Romeo from 1966 to 1993—with small run of 1994 models for the North American market. The successor to the Giulia Spider, it remained in production for almost three decades with only minor aesthetic and mechanical changes. The first three series were assembled by Pininfarina in Grugliasco and the fourth series in San Giorgio Canavese. The last Spider was produced in April 1993—the last rear wheel drive Alfa Romeo before the Alfa Romeo 8C Competizione of 2007.

Series 1 (1966–1969)
The Spider was launched at the 36th Geneva Motor Show in March 1966, and together with the Giulia Sprint GT Veloce tested by the press at an event organised in Gardone Riviera. To choose a name for the spider Alfa Romeo announced a write-in competition, offering an example of the new car as a prize. Over 100 thousand ballots were sent in, the great majority from Italy; the winner was Guidobaldo Trionfi, a man from Brescia, who proposed the name "Duetto" (duet). However it could not be officially adopted due to trademark issues, and the car was named simply Alfa Romeo Spider 1600.