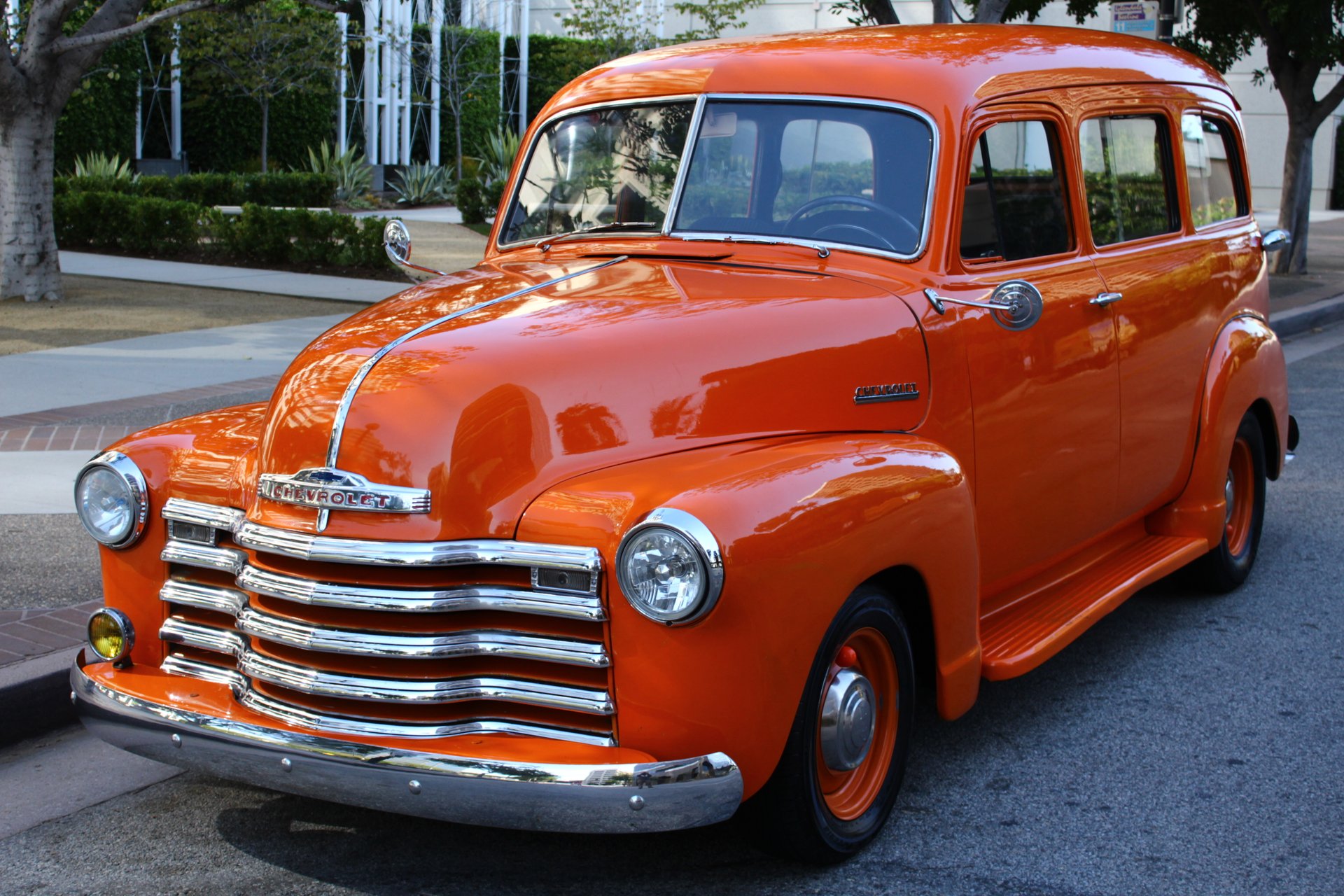 The Chevrolet Suburban is a full-size, extended-length sport utility vehicle from Chevrolet. It is the longest continuous use automobile nameplate in production, starting in 1935 for the 1935 U.S. model year, and has traditionally been one of General Motors' most profitable vehicles. The 1935 first generation Carryall Suburban was one of the first production all-metal bodied station wagons.

Third generation (1947–1954)
This model generation was based on the Chevrolet Advance Design series of pickups. This was the last series to feature "Canopy express" models.

• CLEAN TITLE, 97,841 MILES, NO MILES ON THE TITLE LIKE ALL THE OLD VEHICLES
• THE CHEVROLET SUBURBAN IS A FULL-SIZE, EXTENDED-LENGTH SPORT UTILITY VEHICLE FROM CHEVROLET
• 327 V8 ENGINE WITH AUTOMATIC TRANSMISSION
• WELL MAINTAINED, GARAGE KEPT
• RUNS AND DRIVES GREAT