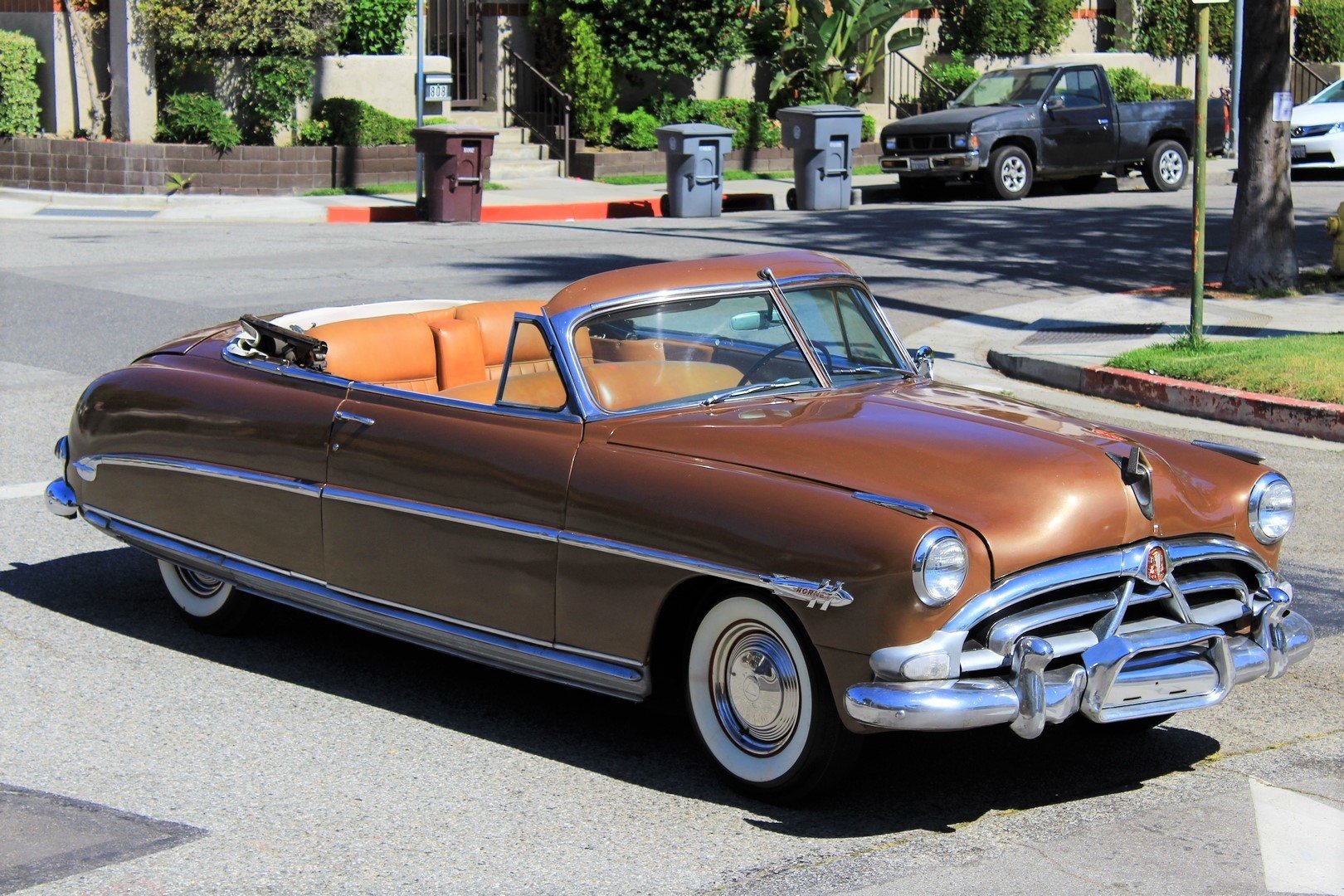 The Hudson Hornet is a full-sized automobile which was produced by the Hudson Motor Car Company of Detroit, Michigan, between 1951 and 1954 and then by American Motors Corporation (AMC) in Kenosha, Wisconsin, and marketed under the Hudson brand between 1955 and 1957.

In 1952 the "Twin H-Power" version now standard equipment with dual single-barrel carburetors atop a dual-intake manifold, and power rose to 170 hp (127 kW; 172 PS). The hood featured a functional scoop that ducts cold air to the carburetors and was considered "ventilation" in 1954, rather than ram air. The engine could be tuned to produce 210 hp (157 kW) when equipped with the "7-X" modifications that Hudson introduced later. During 1952 and 1953 the Hornet received minor cosmetic enhancements, and still closely resembled the Commodore of 1948.

The Hornet proved to be nearly invincible in stock-car racing. "Despite its racing successes...sales began to languish."Hudson's competitors, using separate body-on-frame designs, could change the look of their models on a yearly basis without expensive chassis alterations" whereas the Hornet's "modern, sophisticated unibody design was expensive to update," so it "was essentially locked in" and "suffered against the planned obsolescence of the Big Three [General Motors, Ford, and Chrysler] automakers.