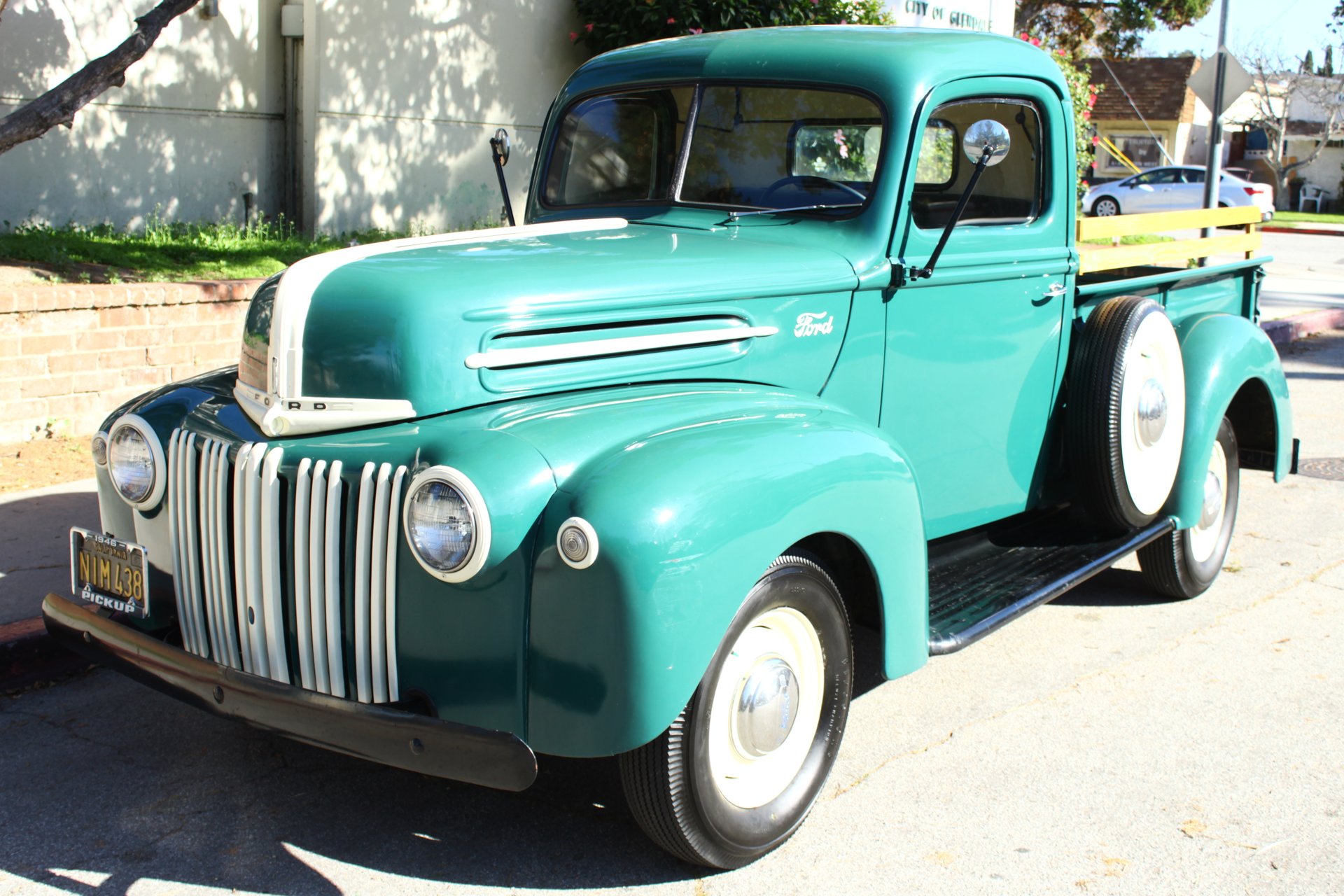 Civilian production resumed in July 1945, with an early start to the 1946 model year filling the public's thirst for new cars. The 1946 Ford was identical to the 1942 model under the skin, though a heavy new grille with horizontal bars and red accents modernized the car somewhat. The hood was widened by adding a center strip. One notable change was to use the 239 CID engine which since 1939 had been used in Mercurys and trucks, and capable of 100 hp (75 kW) for the first time. With steel in short supply, Ford produced a distinctive "Sportsman" convertible with wood side panels, supplied from the Ford Iron Mountain Plant. The convertible had an electric top instead of manual one.

In the 1985 film Back to the Future and its sequel Back to the Future Part II, the car which Biff Tannen owns in 1955 was a black 1946 Ford Super De Luxe convertible. In BTTF 1, during the skateboard chase scene, note carefully the park lights: some shots are a 1946 model year, some are a 1947 model year. Looking at the "top boot" area shape, it appears the '47 is a real convertible and the '46 manure car is the removed top coupe. During production, a black 1946 Ford Super De Luxe coupe had the top cut off to resemble a convertible. In BTTF 2, some trim is different suggesting a possible third car. After the film, the car was kept by Universal and displayed in their back lot tour. The 1946 car is now in a private collection, but a short film about it can be found at https://www.youtube.com/watch?v=9EZWiwSzMMY&feature=youtu.be&a