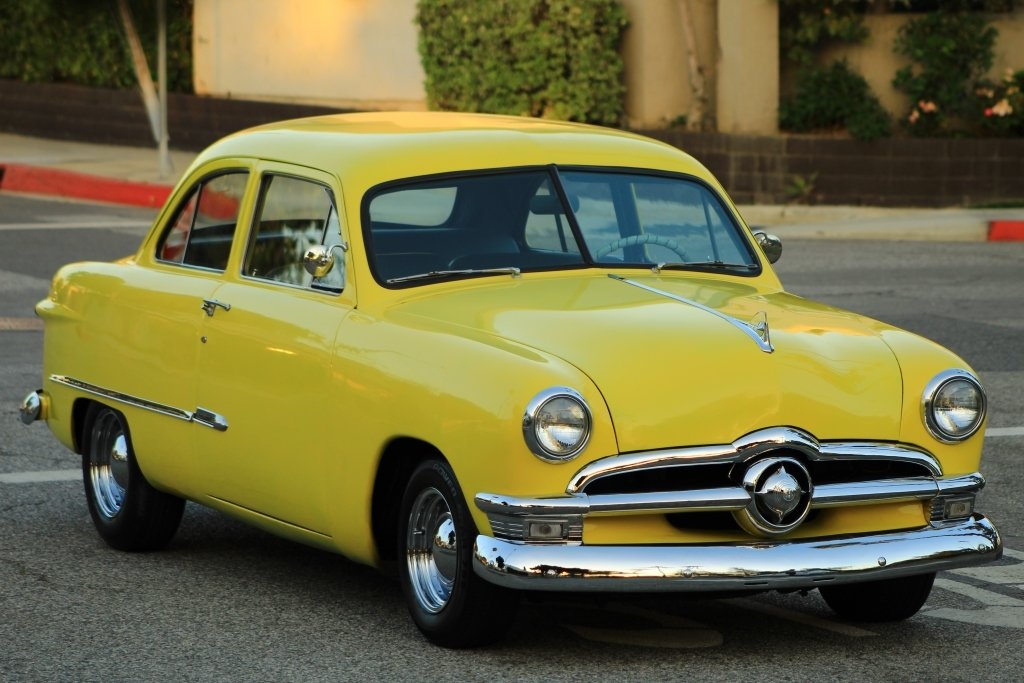 1950 saw a new Crestliner "sports sedan"—a 2-door sedan with 2-tone paint intended to battle Chevrolet's popular hardtop coupe of 1950. Another new name was Country Squire, which referred to the 2-door wood-sided station wagon. All wagons received flat-folding middle seats at mid-year, an innovation that would reappear in the minivans of the 1990s. The 1949 and 1950 styling was similar, with a single central "bullet" in the frowning chrome grille. In the center there was a red space that had either a 6 or 8 depending if the car had the six-cylinder engine or the V8. The trim lines were renamed as well, with "Standard" becoming "Deluxe" and "Custom" renamed "Custom Deluxe". The new Fords got the now-famous "Ford Crest" which appeared on the division's vehicles for many decades in one form or another. A Deluxe Business Coupe was also marketed.