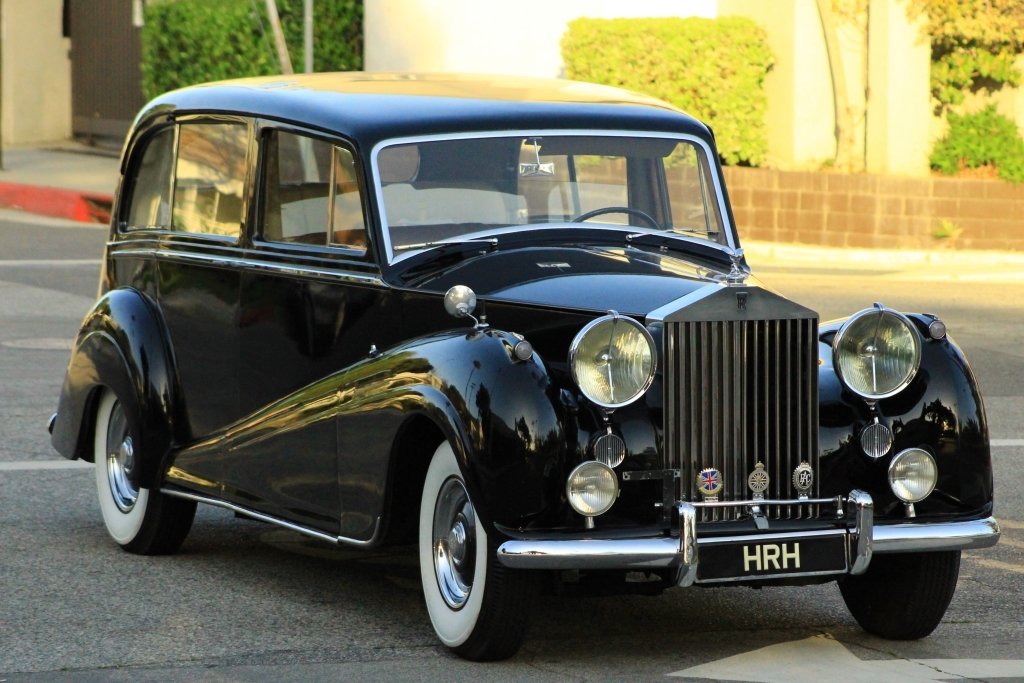 The Silver Wraith was the first post-war Rolls-Royce. It was made from 1946 to 1958 as only a chassis at Rolls-Royce's former Merlin engine plant, their Crewe factory, alongside the shorter Bentley Mark VI. The Bentley too was available as a chassis for coachbuilders but also for the first time could be bought with a Rolls-Royce built standard steel body.

It was announced by Rolls-Royce in April 1946 as the 25/30 hp replacement for the 1939 Wraith in what had been their 20 hp and 20/25 hp market sector, that is to say Rolls-Royce's smaller car. The size was chosen to be in keeping with the mood of post-war austerity. Even very limited production of the chassis of the larger car, the Phantom IV, was not resumed until 1950 and then, officially, only for Heads of State.

Engine
The straight six-cylinder postwar engine, which had been briefly made for the aborted by war Bentley Mark V, replaced conventional overhead valve gear with an F-head configuration of overhead inlet valves and side exhaust valves and reshaped combustion chambers. There were new main and big-end bearings and a more efficient drive to the timing gear. To this prewar mix Rolls-Royce added chromed bores. Initially, this engine retained the Mark V's capacity of 4,257 cc (259.8 cu in) increased from 1951 to 4,566 cc (278.6 cu in) and in 1955, after the introduction of the (standard wheelbase) Silver Cloud, to 4,887 cc (298.2 cu in) for the remaining Silver Wraiths.

Initially only a four-speed manual gearbox was offered, but this was supplemented by a General Motors Hydramatic automatic option from 1952.

• CLEAN TITLE, 80,459 MILES, THE MILEAGE ON THE TITLE IS EXEMPT LIKE ALL THE OLD VEHICLES
• CAR HAS BEEN IN A PRIVATE COLLECTION FOR MANY YEARS, ALWAYS WELL MAINTAINED, GARAGE KEPT
• ENGINE IS IN GREAT SHAPE
• BODY IS STRAIGHT WITH NO MAJOR DAMAGE
• VERY SOLID BODY AND UNDERCARRIAGE
• CHROME IS IN GREAT SHAPE
• THE BACK SEAT HAS BEEN RE-DONE, THE FRONT IS ORIGINAL
• RUNS AND DRIVES GREAT