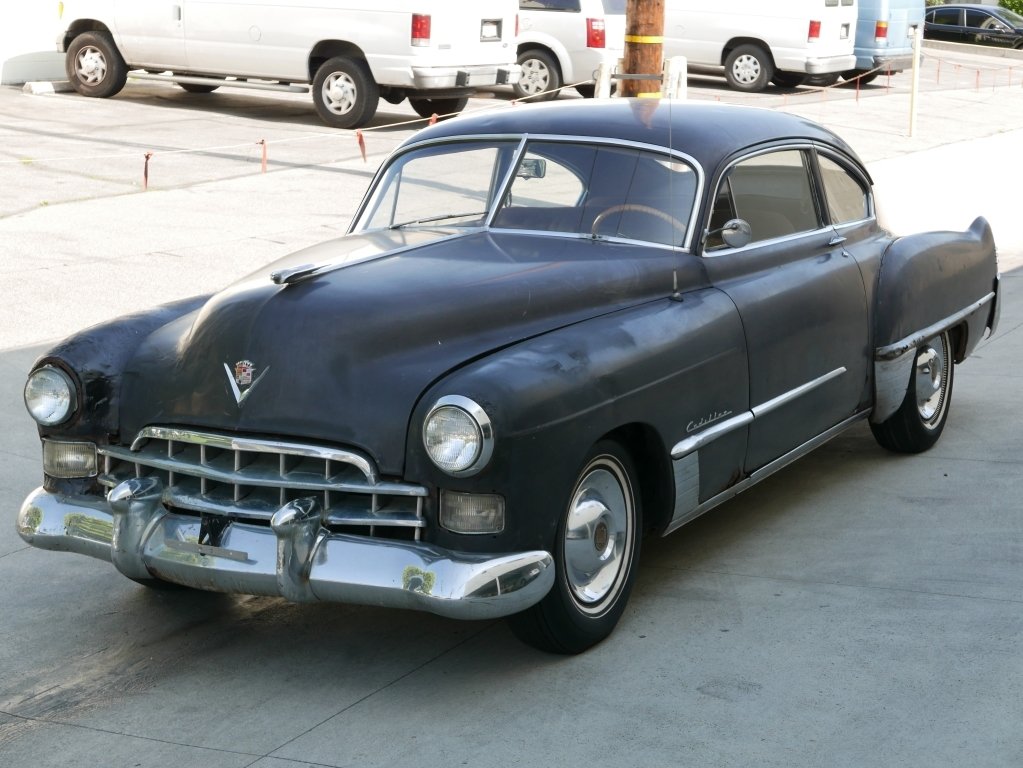 This vehicle is located in:
SUN VALLEY, CA

A mild face lift characterized Cadillac styling trends for 1962. A flatter grille with a thicker horizontal center bar and more delicate cross-hatched insert appeared. Ribbed chrome trim panel, seen ahead of the front wheel housings for 1961, were now replaced with standard cornering lamps and front fender model and series identification badges were eliminated. More massive front bumper end pieces appeared and housed rectangular parking lamps. At the rear tail lamps were now housed in vertical nacelles designed with an angled peak at the center. A vertically ribbed rear beauty panel appeared on the deck lid latch panel. Cadillac script also appeared on the lower left side of the radiator grille. The short-deck hardtop Town Sedan was moved from the Series 6300 to the Series 6200, being replaced by a short-deck Sedan de Ville Park Avenue in the Series 6300. In addition all short deck Cadillac models went from being 6-window sedans for 1961 to 4-window sedans for 1962 and 1963. The Town Sedan would disappear for 1963, with only 4,900 sold (of 134,572 Series 62s in all), though the Sedan de Ville Park Avenue sold even fewer, 4,175 (out of 150,882 De Villes). Standard equipment included all of last year's equipment plus remote controlled outside rearview mirror, five tubeless black wall tires, heater and defroster and front cornering lamps. Cadillac refined the ride and quietness, with more insulation in the floor and behind the firewall.