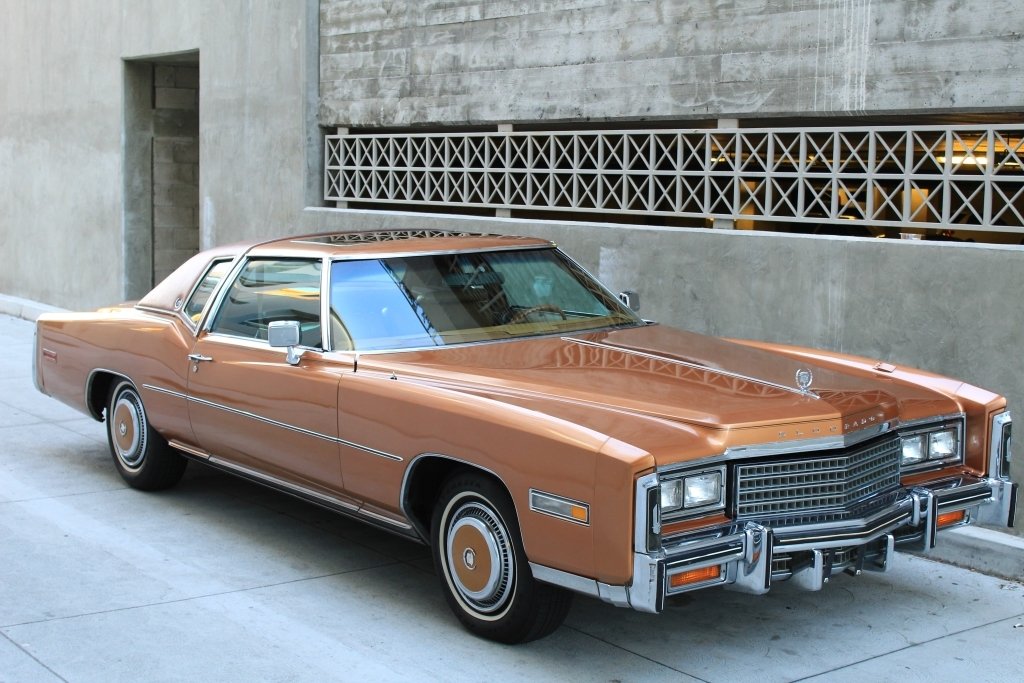 Unlike the Cadillac Fleetwood Brougham and De Ville, which both boasted the opulent d'Elegance luxury package, Eldorado did not offer a similar plush option. This was rectified late in the 1976 model year with the Biarritz package. A unique trim feature of Biarritz, a name that had not been used since 1964 (although the Eldorado was Fleetwood bodied from the 1963 model year on, the Fleetwood designation was only applied to all Eldorados produced from the 1965 through 1972 model years), was a brushed stainless steel roof covering the front passenger compartment for model years 1979–1985. This was a styling cue reminiscent of the 1957/58 Eldorado Brougham. The rear half of the roof was covered with a heavily padded landau vinyl top accented with large "opera" lights. The interior featured "pillowed"-style, "tufted" velour or leather seating, with contrasting piping, along with an array of other options available.

For the 1978 Eldorado model year only, 2000 Eldorado Custom Biarritz Classics were produced in Two-Tone Arizona Beige/Demitasse Brown consisting of 1,499 with no Astroroofs or no Sunroofs; 475 with Astroroofs; 25 with Sunroofs and one was produced with a Power Sliding T-Top. Only nine of the latter are known to have been retrofitted by the American Sunroof Company under the direction of General Motors' Cadillac Motor Car Division.

The Biarritz option stayed with the Eldorado through the 1991 model year. Some of the original styling cues vanished after the 1985 model year, such as the brushed stainless steel roofing and the interior seating designs, but the Biarritz remained unique just the same.

• CLEAN TITLE, THE ODOMETER SHOWS 47,049 MILES, THE MILEAGE ON THE TITLE IS EXEMPT LIKE ALL THE OLD VEHICLES
• VERY ORIGINAL CAR; 425 V8 ENGINE, AUTOMATIC TRANSMISSION ON COLUMN, 4 BBL CARB
• POWER BRAKES, POWER SEATS, POWER WINDOWS POWER STEERING
• LANDAU TOP WITH OPERA WINDOW
• FACTORY SLIDING SUNROOF
• AM/FM STEREO, WHITEWALL TIRES, NEW UPHOLSTERY, TILT WHEEL, AC
• ALL LIGHTS AND SIGNALS WORK,
• NICE AND SHINY CHROME
• RUNS AND DRIVES GREAT
• DO YOUR OWN RESEARCH IF IT IS A BEARRITZ, OR NOT, IT SHOULD BE THOUGH