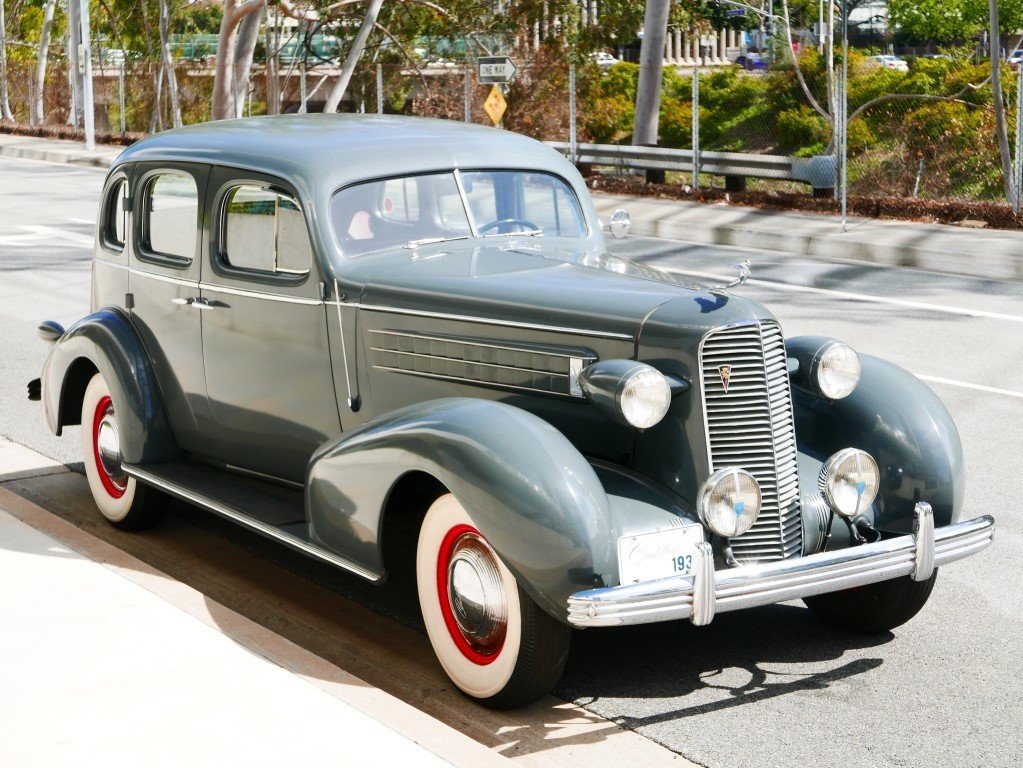 The Cadillac Series 60 was Cadillac's mid-priced entry in the luxury vehicle market when it appeared in 1936. It was replaced by the Series 61 in 1939, but a model that was derived from it, the Sixty Special, continued off and on through 1993.

The exterior featured a new Harley Earl-designed look with a tall, slender grille and split vee-shaped windshield. This body used Fisher Body's new Turret Top one-piece roof and Bendix dual-servo brakes. "Knee-Action" independent suspension, first introduced by Cadillac in 1934, was a welcome novelty for the mid-price market at the time.[2]

Under the hood was the new (less expensive) Monobloc V8. This 322 cu in (5.3 L) engine produced 125 hp (93 kW), just 10 less than that in the larger Cadillacs. The Series 60 immediately became the company's best-selling model, making up half of all Cadillacs sold the first year.