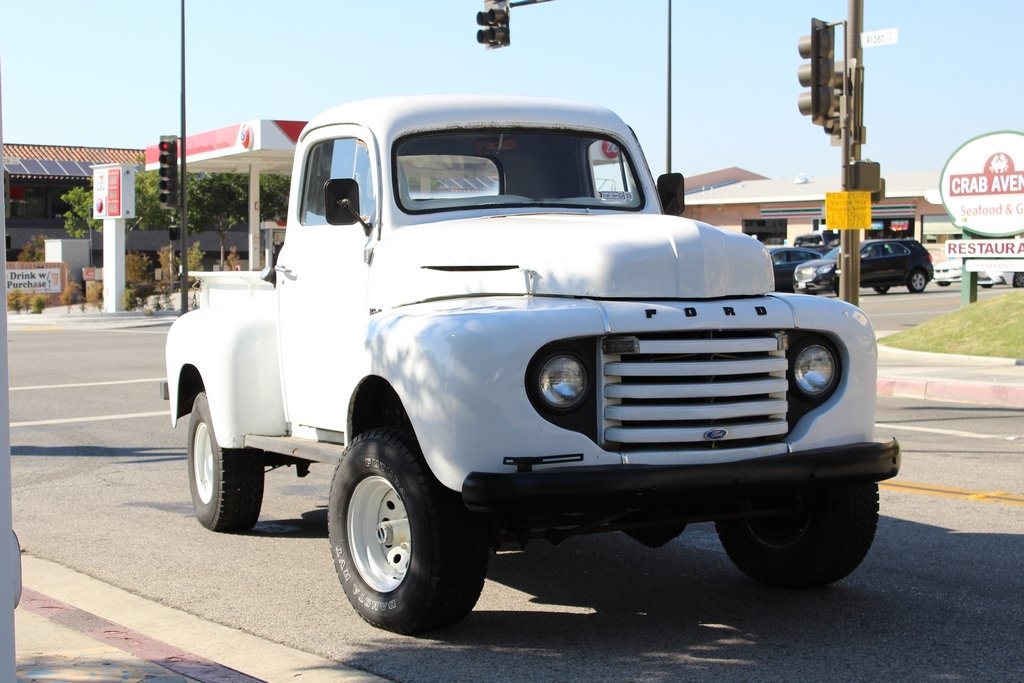 The first-generation Ford F-Series is a series of pickup trucks and commercial vehicles produced by Ford. Introduced in late 1947, the F-Series was the first post-war truck design from Ford. The first generation of the F-Series would remain in production until 1952.
F-Series trucks were assembled at sixteen different Ford factories. Serial numbers indicate the truck model, engine, year, assembly plant, and unit number. The most common model was the F-1 with a 6 ½-foot bed followed by the F-2 and F-3 Express models with an 8-foot (2.4 m) bed.

1948: Feature a wider, longer, and taller cabs. Model designations for trucks were badged as F-1s.

• CLEAN TITLE, THE ODOMETER SHOWS 28,792 MILES, MILEAGE ON THE TITLE IS EXEMPT LIKE ALL THE OLD VEHICLES
• 8 CYL. ENGINE WITH MANUAL TRANSMISSION
• NICE INTERIOR
• RUNS AND DRIVES GREAT