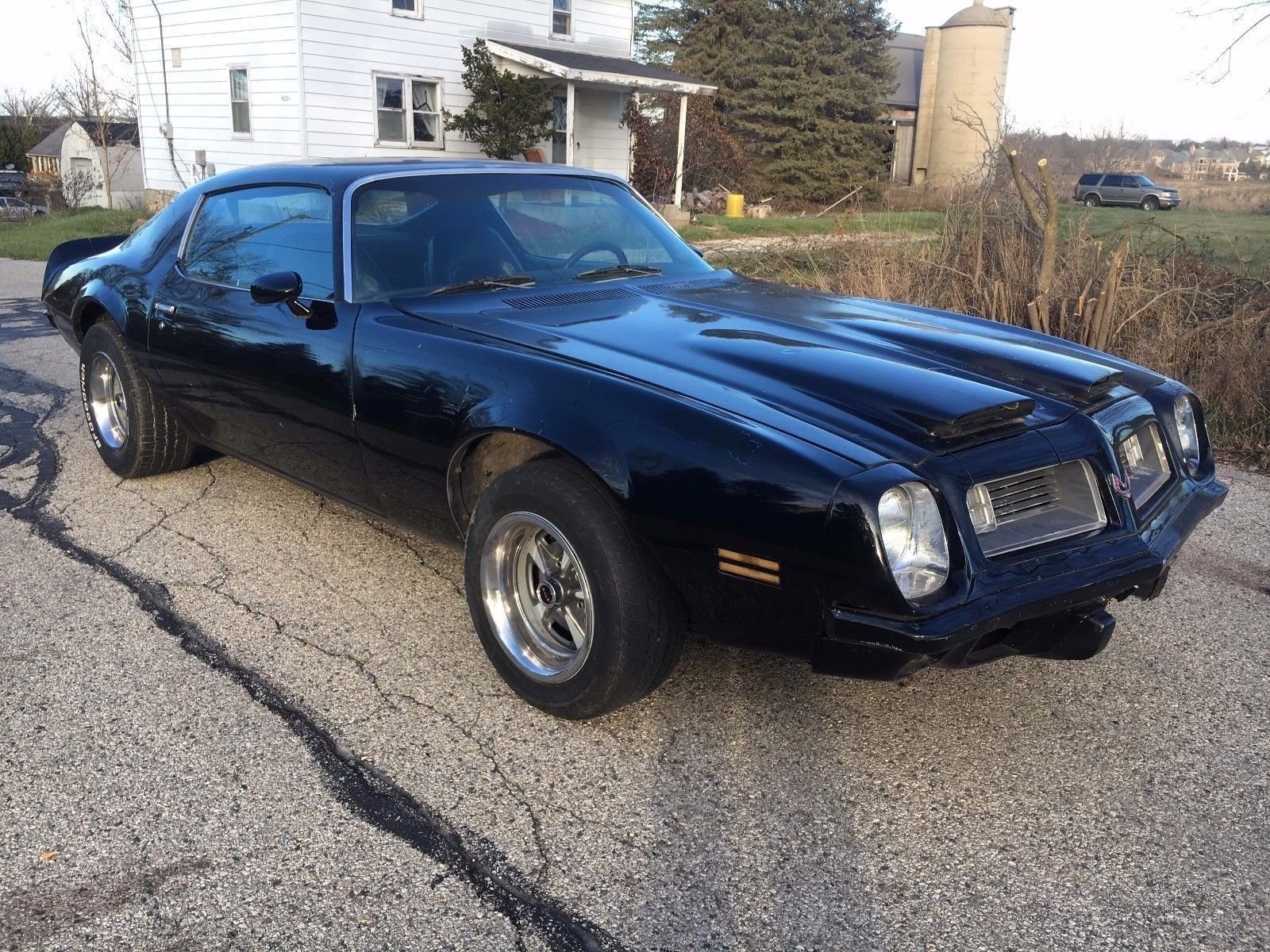 This car is located in:
WHEELING, IL

The Pontiac Firebird is an American automobile built by Pontiac from the 1967 to the 2002 model years.

1974 Pontiac Firebird Formula
Curb weights rose dramatically in the 1974 model year due to the implementation of 5 mph (8.0 km/h) telescoping bumpers and various other crash and safety related structural enhancements; SD455 Trans Ams weighed in at 3,850 lb (1,750 kg) in their first year of production (1974 model year; actually '73).