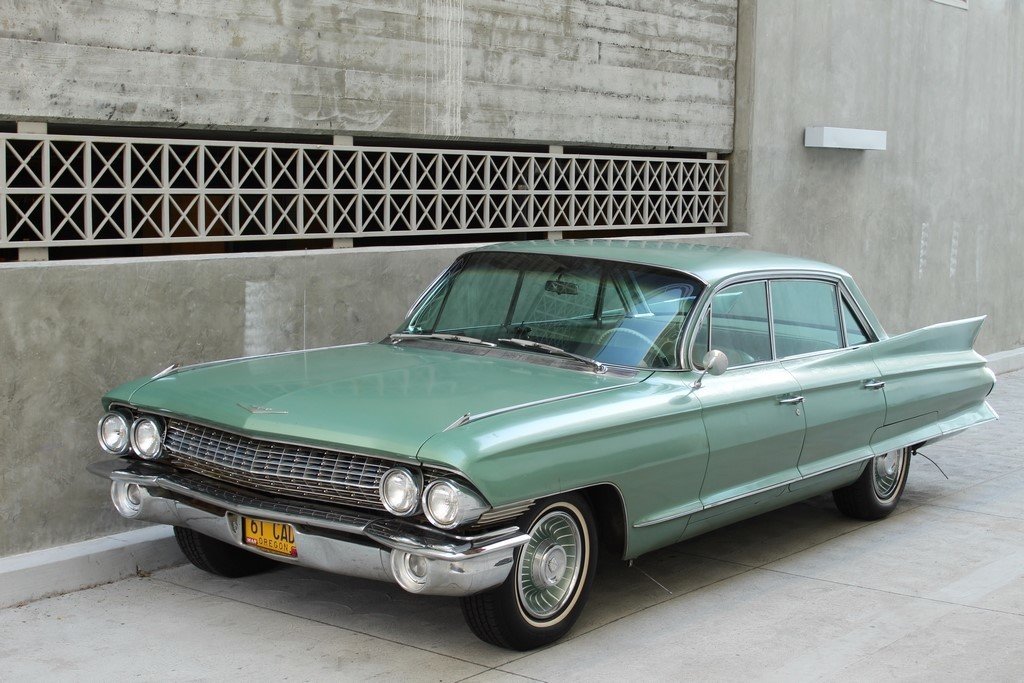 Second generation (1961–1964):
Cadillac was restyled and re-engineered for 1961. The new grille slanted back towards both the bumper and the hood lip, along the horizontal plane, and sat between dual headlamps. New forward slanting front pillars with non-wraparound windshield glass were seen. The revised backlight treatment had crisp angular lines with thin pillars on some models and heavier semi-blind quarter roof posts on others. DeVille models featured front series designation scripts and a lower body "skeg" trimmed with a thin, three-quarter-length spear molding running from behind the front wheel opening to the rear of the car.