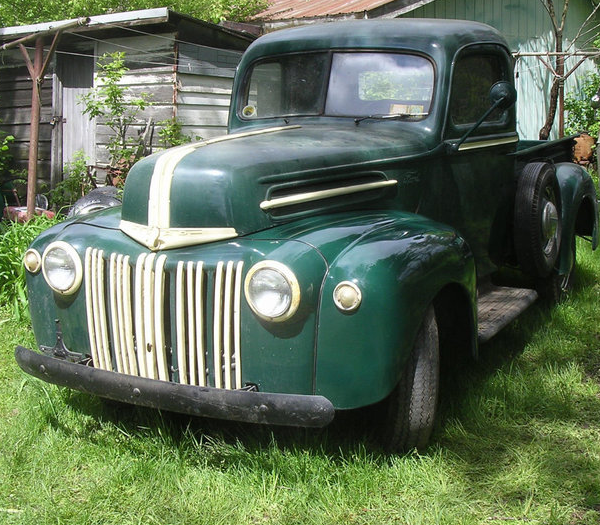 The 1947 Ford line was similar to the short 1946. Visual differences included the removal of the red accents from the grill and the two small lights located just above it. Ford began titling 1947s in February 1947. For the first few weeks, the 1947 model was identical to the 1946. Ford then restyled the body slightly first by moving the parking lights from above the grill to below each headlight. Exterior moldings were changed from grooved to a smooth design. A new hood ornament with a blue plastic insert was installed. A new hubcap design became available in March. The interior dash color was changed from red accent to gold. By September, the roof-mounted antenna was moved to the cowl. Horns were moved to in front of the radiator from the engine compartment. The final 1947 models were titled in November.

• CLEAN AND CLEAR NY STATE TRANSFERRABLE REGISTRATION, FOR OLD CARS PRIOR TO 1973 NY STATE ISSUES A TRANSFERABLE REGISTRATION, SAME AS THE TITLE; YOU CAN REGISTER AND GET A TITLE IN YOUR STATE
• VERY ORIGINAL SOLID OLD TRUCK
• VERY WELL MAINTAINED, GARAGE KEPT
• ORIGINAL V8 ENGINE AND DRIVETRAIN
• NOW NOT RUNNING DUE TO SITTING FOR A FEW YEARS
• ENGINE DOES TURN OVER, AFTER A LITTLE TLC WOULD BECOME A GREAT TRUCK