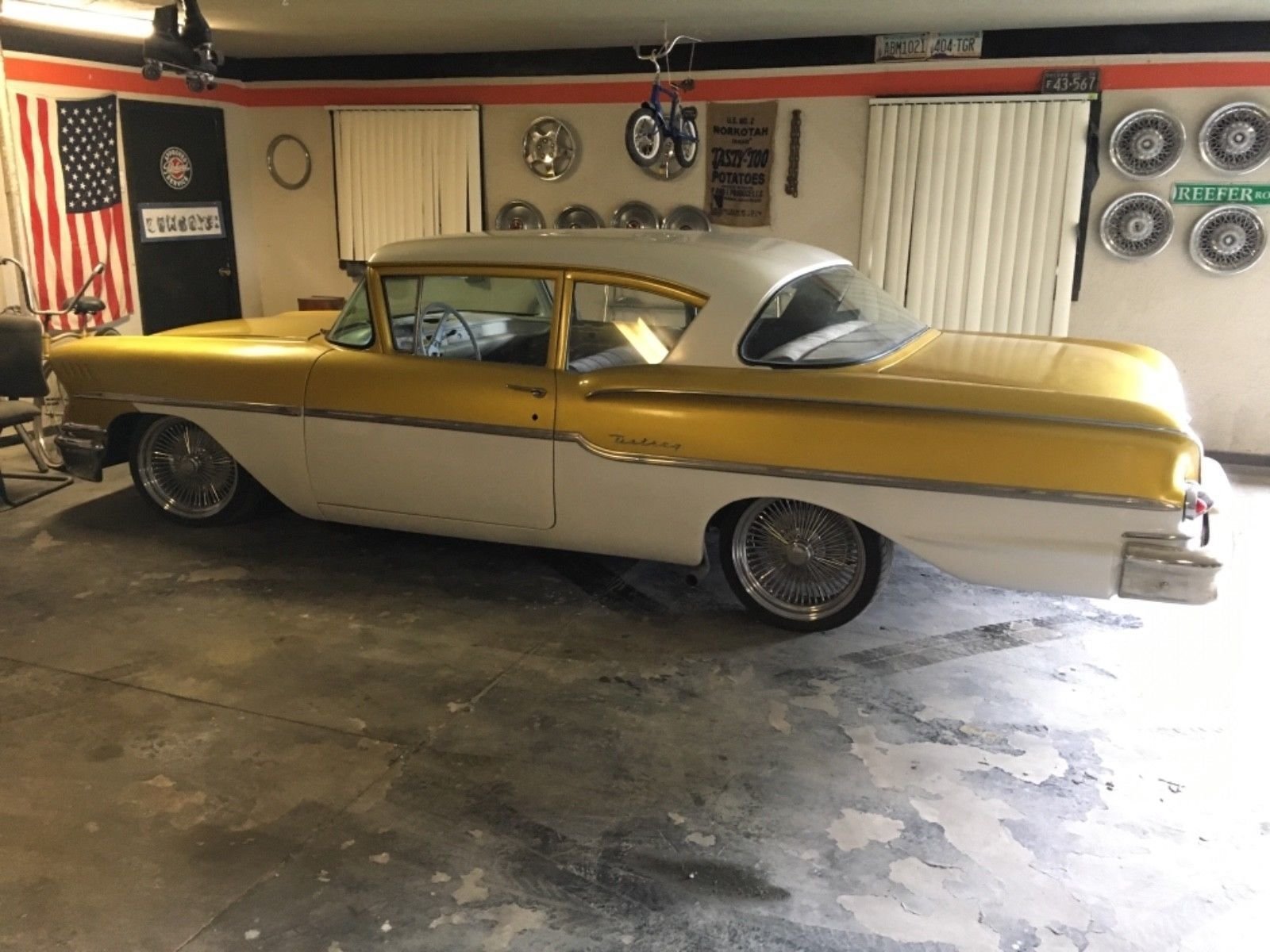 This car is located in:
NAMPA, ID

The Chevrolet Delray, named after Delray Beach, Florida, debuted in 1954 as an optional trim level on two-door models of Chevrolet's mid-range 210 series of full-size car. In 1958, it became a distinct series of its own at the bottom of Chevy's lineup (replacing the discontinued 150), and added a four-door sedan, and sedan delivery, but it only remained in production for that model year.

In 1958, the Delray became a distinct series of its own, taking the place of the 150. The Delray was Chevrolet's price-leading, no-frills model, with the more expensive models being the Biscayne, Bel Air and Impala (the last being a sub-model of the Bel Air for 1958). It now had GM's X-frame. It came in a utility coupe, a two-door coupe, a four-door sedan.
For 1958, Chevrolet models were redesigned longer, lower, and heavier than their 1957 predecessors.

• CLEAN TITLE, THE ODOMETER SHOWS 45,679 MILES, THE MILEAGE ON THE TITLE IS EXEMPT LIKE ALL THE OLD VEHICLES
• 305 8 CYL. ENGINE WITH AUTOMATIC TRANSMISSION
• VERY SOLID CAR
• NEW WINDSHIELD, BRAKES, CARBURETOR AND BATTERY
• ALL GLASS IS INTACT, HAVE ALL THE MOLDINGS
• WELL MAINTAINED, GARAGE KEPT
• TRANSMISSION NEEDS TO BE HOOKED UP TO GET IT RUNNING