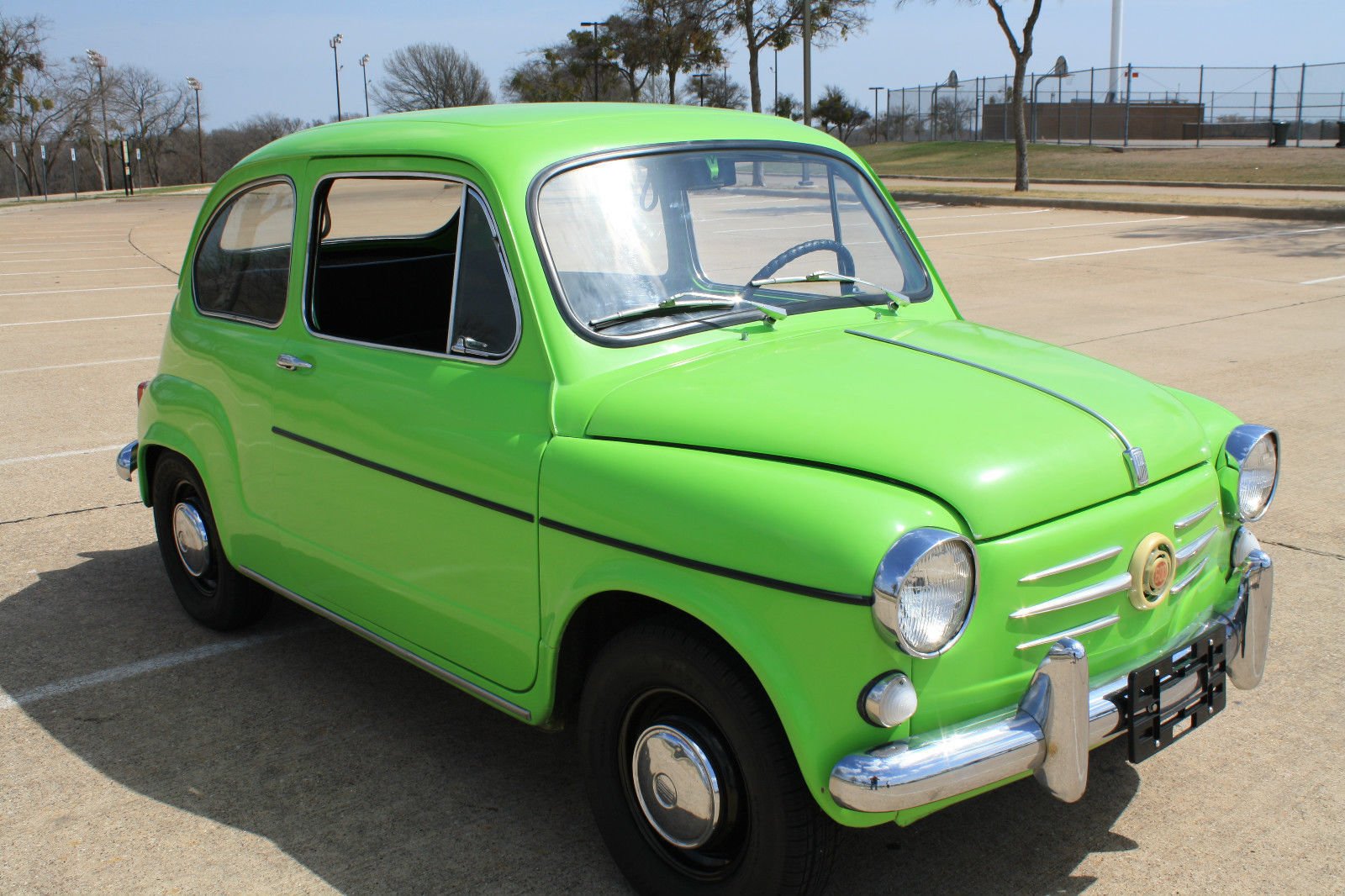 This car is located in:
CHAMBERSBURG, PA

In Spain, the 600 model was made under the make of SEAT, from 1957 to 1973. Up to 797,319 SEAT 600 were made. The Spanish car maker exported them to a number of countries worldwide. This car motorised Spain after the Spanish Civil War.

SEAT produced various derivatives of the original 600 model some of them with improvements and special fittings like the use of "suicide doors": the SEAT 600 D/E/L Especial version, the 'Descapotable' cabriolet and the 'Formicheta' commercial version etc.

• CLEAN TITLE, ACTUAL 72,933 MILES, THE TITLE ALSO SHOWS ACTUAL MILES
• WELL MAINTAINED, GARAGE KEPT
• 4 CYL. ENGINE WITH MANUAL TRANSMISSION
• THE ENGINE WAS REBUILT AND STARTS ON THE FIRST CRANK
• THE INTERIOR HAS BEEN REDONE IN BLACK FABRIC
• FLOOR PANS ARE SOLID
• THE CHROME AND ALL GLASS IS PERFECT
• THE CAR IS GREAT AT CAR SHOWS AND GETS MORE ATTENTION THAN MOST OF THE HOT RODS
• THESE CARS ARE GETTING RARER AND RARER
• RUNS AND DRIVES GREAT