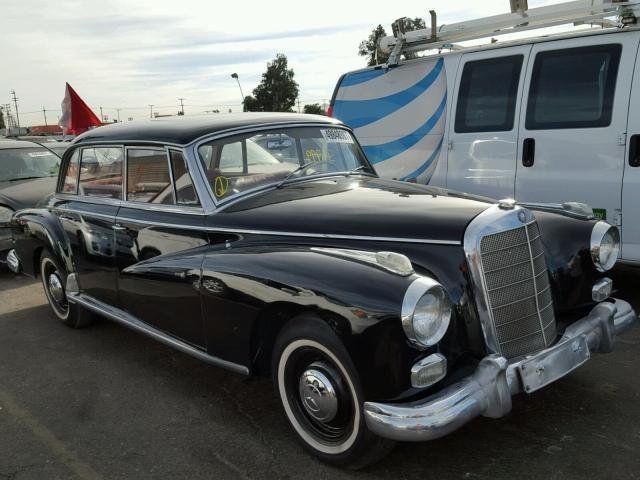 This car is located in:
VAN NUYS, CA.

The Mercedes-Benz W189 model 300 was a four-door luxury tourer produced by Mercedes-Benz between 1957 and 1962. The company's largest and most prestigious automobile, it was the Maybach of its day, elegant, powerful and exclusive.

All but hand-built as the company flagship, the 300d is often identified as an Adenauer after Konrad Adenauer, the first Chancellor of the Federal Republic of Germany, who employed six custom cabriolet, hardtop saloon, and landaulet versions of the W189 and its precursor W186 series during his 1949-1963 tenure. Among the custom features in these "parade cars" were writing desks, sirens, curtains, dividing partitions, sunroofs, and half-roof "landaulet" configurations.

• CLEAN TITLE, THE ODOMETER SHOWS 59,799 MILES, NO MILES ON THE TITLE LIKE ALL THE OLD VEHICLES
• VERY WELL MAINTAINED, GARAGE KEPT
• 6 CYL. ENGINE WITH AUTOMATIC TRANSMISSION
• MECHANICAL FUEL INJECTION
• VERY ORIGINAL, VERY SOLID AND VERY COMPLETE CAR
• HAS A SUNROOF, PRESENTABLE PAINT
• COMPLETE AND NICE LEATHER INTERIOR
• FOR THIS YEAR THERE WAS ONLY SIX BUILT WITH THE SUNROOF