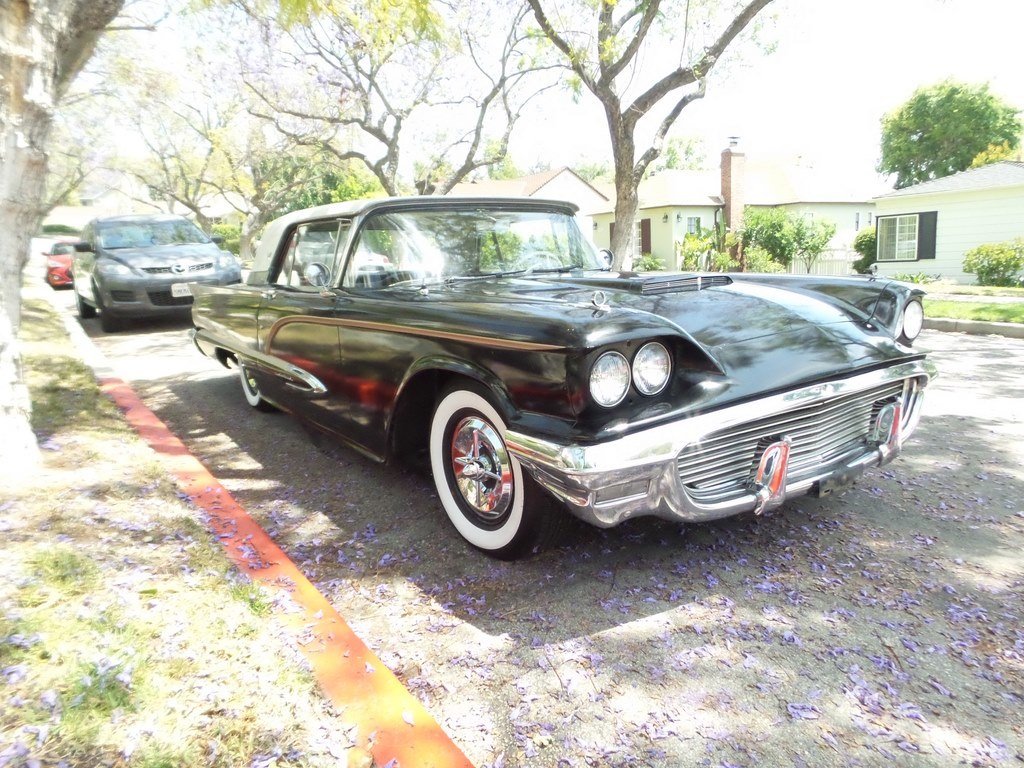 The second generation Ford Thunderbird was produced by Ford for the 1958 to 1960 model years as a successor to the popular 1955-1957 two-seater. In response to Ford-conducted surveys two major changes were made to attract potential buyers: two rear seats were added and the level of luxury and features of a full-sized car were incorporated into a mid-size platform.
With more trim changes, most notably the addition of a third tail light in the rear clusters.