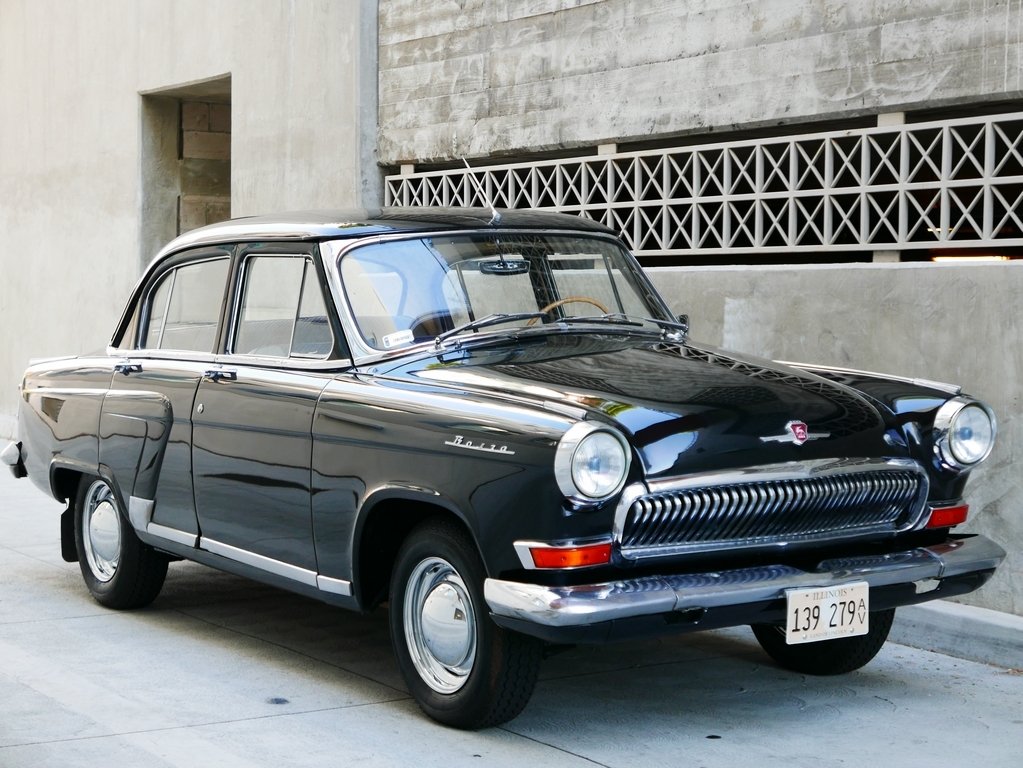 The GAZ M21 Volga is an automobile which was produced in the Soviet Union by GAZ ("Gorki Automobiljni Zavod", in English : "Gorky automobile factory") from 1956 to 1970. The first car to carry the Volga name, it was developed in the early 1950s. Volgas were built with high ground clearance (which gives it a specific "high" look, contrary to "low-long-sleek" look of Western cars of similar design), rugged suspension, strong and forgiving engine, and rustproofing on a scale unheard of in the 1950s.

When in 1959 the 6-cylinder line of GAZ cars was discontinued, Volga M-21 became the biggest and most luxurious car officially sold to individual owners in the USSR in large quantities, though its price was very high and made it unavailable for most car buyers.

The Third Series was produced from 1962 to 1970. The 1962 models dropped the leaping deer hood ornament, and had a new grille. The headliner changed from cloth to vinyl.