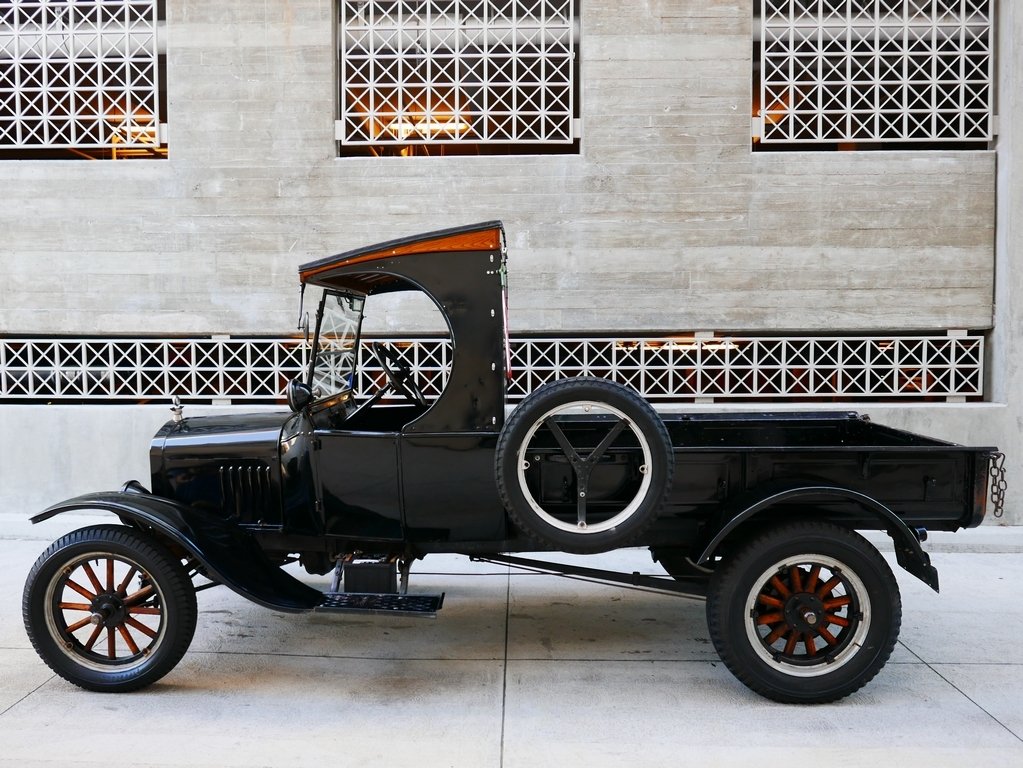 • CLEAN CA TITLE, VERY WELL MAINTAINED TRUCK
• THIS TRUCK IS VERY RARE BEING BIGGER THAN USUAL FORD T C CAB TRUCKS
• NICE VERY ORIGINAL STEEL TRUCK
• IT HAS SPENT ALL ITS LIFE IN CALIFORNIA
• 4 CYLINDER ENGINE, 2 SPEED MANUAL TRANSMISSION PLUS A 2 SPEED AUXILIARY TRANSMISSION AND A 2 SPEED REAR AXLE
• ALL THE LIGHTS AND THE GAUGE WORK CORRECTLY
• HAS AN EXHAUST TRAIN HORN, A PERIOD CORRECT REAR VIEW MIRROR, DRIVER'S SIDE SPOTLIGHT AND A NEW TOP
• RUNS AND DRIVES GREAT