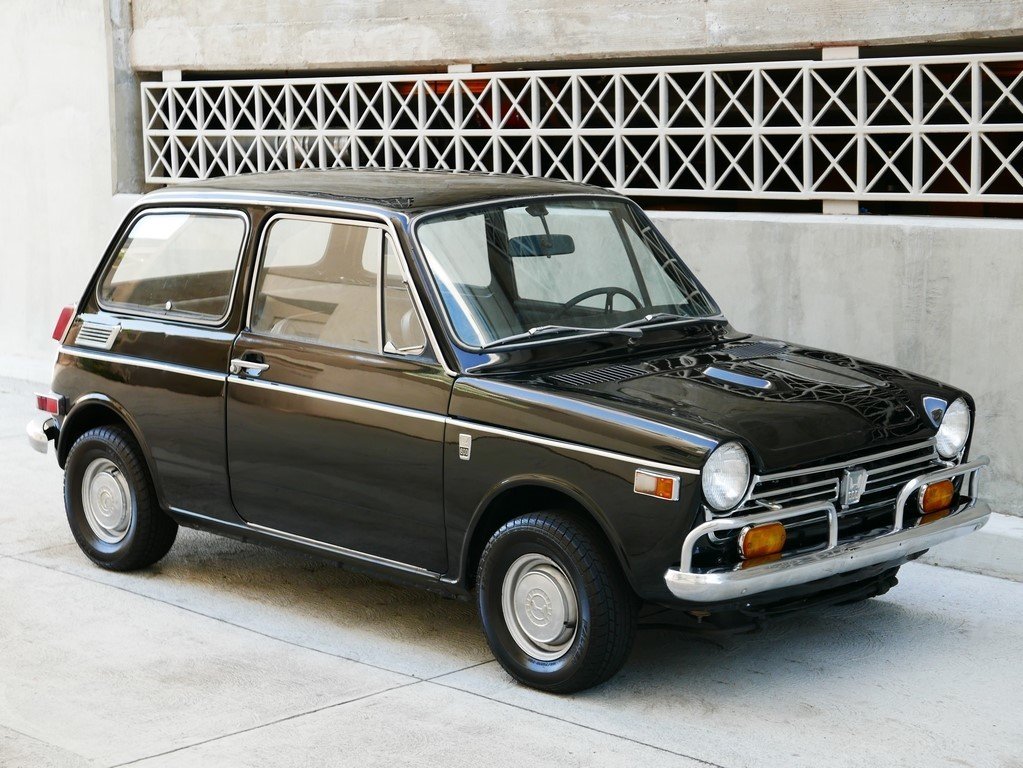 The N600 was introduced to the USA in 1969 as a 1970 model, and was the first Honda automobile to be officially imported to the United States. It was technologically advanced for its time, with an all alloy engine that could achieve 9000 rpm. Engine output was 36–45 hp (27–34 kW) and the N600 was capable of 81 mph (130 km/h). The lower-powered engine arrived in 1972; with milder cams and lowered compression it gave up some peak power and torque, while allowing for a less peaky delivery and higher drivability.
The N600 (along with the TN360 kei truck), were the first Honda cars to be assembled outside Japan, with production in Taiwan by local joint venture Sanyang Industrial beginning in 1969.[5] The N600 was called the Fu Gui, meaning 'Wealth' in Chinese (富貴).

• CLEAN TITLE
• VERY RARE CLASSIC
• JUST OVER 85,000 MILES, THE TITLE DOESN'T SHOW MILEAGE BECAUSE OF THE AGE OF THE CAR
• WELL MAINTAINED, GARAGE KEPT
• THE ENGINE HAS BEEN CLEANED AND ALL THE WORN OUT PARTS HAVE BEEN REPLACED
• THE ENGINE AND TRANSMISSION SHIFT, RUN, DRIVE GREAT
• OLD CARPET REMOVED AND REPLACED WITH NEW ONE
• CLEAN UNDERCARRIAGE AND FLOOR PANS WITH NO RUST
• COMPLETE DASH, ALL GAUGES WORK
• VERY NICE AND CLEAN INTERIOR
• VERY PRESENTABLE EXTERIOR
• NICE PAINT AND CHROME
• SHOW STOPPING, EYE CATCHING BLACK BEAUTY OUT FOR A SPIN!