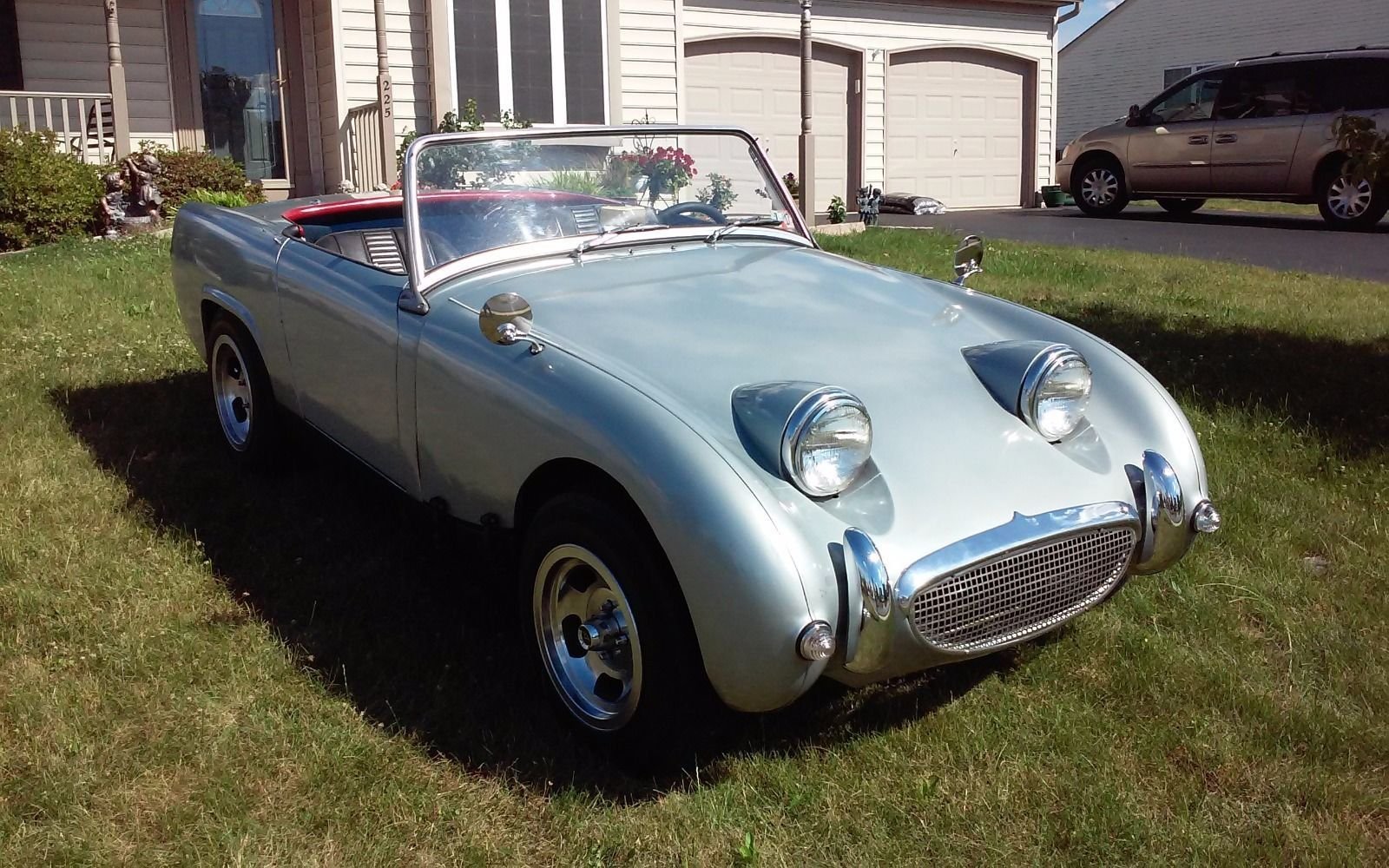 This car is located in:
Pennsburg, PA

The Austin-Healey Sprite is a small open sports car which was produced in the United Kingdom from 1958 to 1971. The Sprite was announced to the press in Monte Carlo by the British Motor Corporation on 20 May 1958, just before that year's Monaco Grand Prix.The Sprite was designed by the Donald Healey Motor Company, with production being undertaken at the MG factory at Abingdon.
The Mark II announced at the end of May 1961. The bodywork was completely revamped, with the headlights migrating to a more conventional position in the wings, either side of a full-width grille and a conventional bonnet. At the rear, styling borrowed from the soon-to-be-announced MGB gave a similarly more modern look, with the added advantages of an opening boot lid and conventional rear bumper bar. The addition of the boot lid required the introduction of squared-off rear wheel arches to retain enough metal in the rear structure to give good rigidity.

• CLEAN TITLE
• 4 CYL. 1098CC ENGINE
• THE ENGINE IS RELIABLE AND DOES NOT SMOKE
• HAS A BUG EYE BONNET SO YOU GET THE LOOK OF A BUG EYE WITH THE FRONT DISC BRAKES AND LARGER ENGINE OF A MARK LL
• MADE SOME UPGRADES
• THE FRONT SUSPENSION HAS NEW BUSHINGS AND KINGPINS
• THE REAR SUSPENSION HAS NEW SPRINGS AND SHOCKS
• THE TOP IS NEW AND THE PLASTIC IN THE SIDE CURTAINS HAS BEEN REPLACED
• THE CAR RUNS STRONG AND IS FUN TO DRIVE