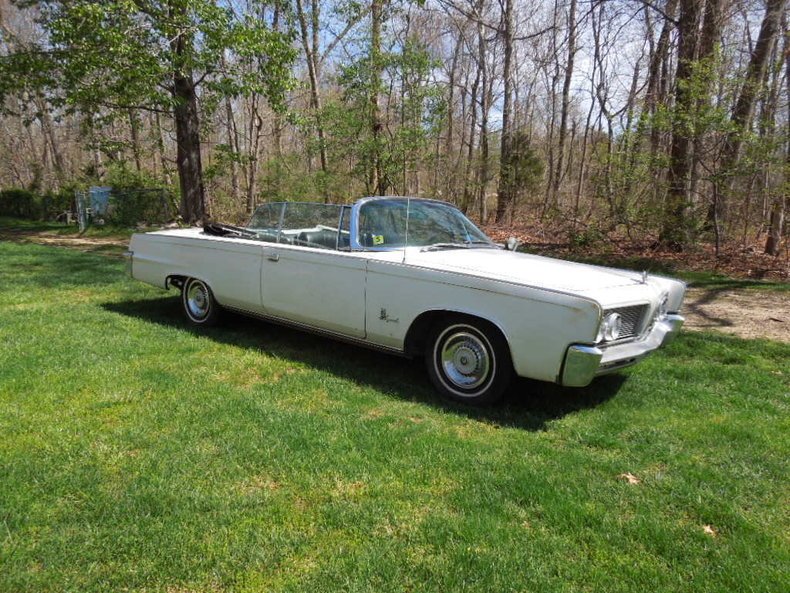 This car is located in
Windsor, NJ

Imperial was the Chrysler Corporation's luxury automobile brand between 1955 and 1975, with a brief reappearance from 1981 to 1983. The 1964 Imperials were the first designed entirely by Mr. Engel. Predictably, they bore a strong resemblance to the Lincoln Continental. The dashboards seemed more conventional because the squared-off steering wheel and electroluminescent dash lighting were gone. However, there remained the ribbon-style speedometer. A split grille returned after one year's absence, inspired by the 1955 model's appearance. A padded dash, power seats, power steering, power brakes, and head rests were standard on the convertible.