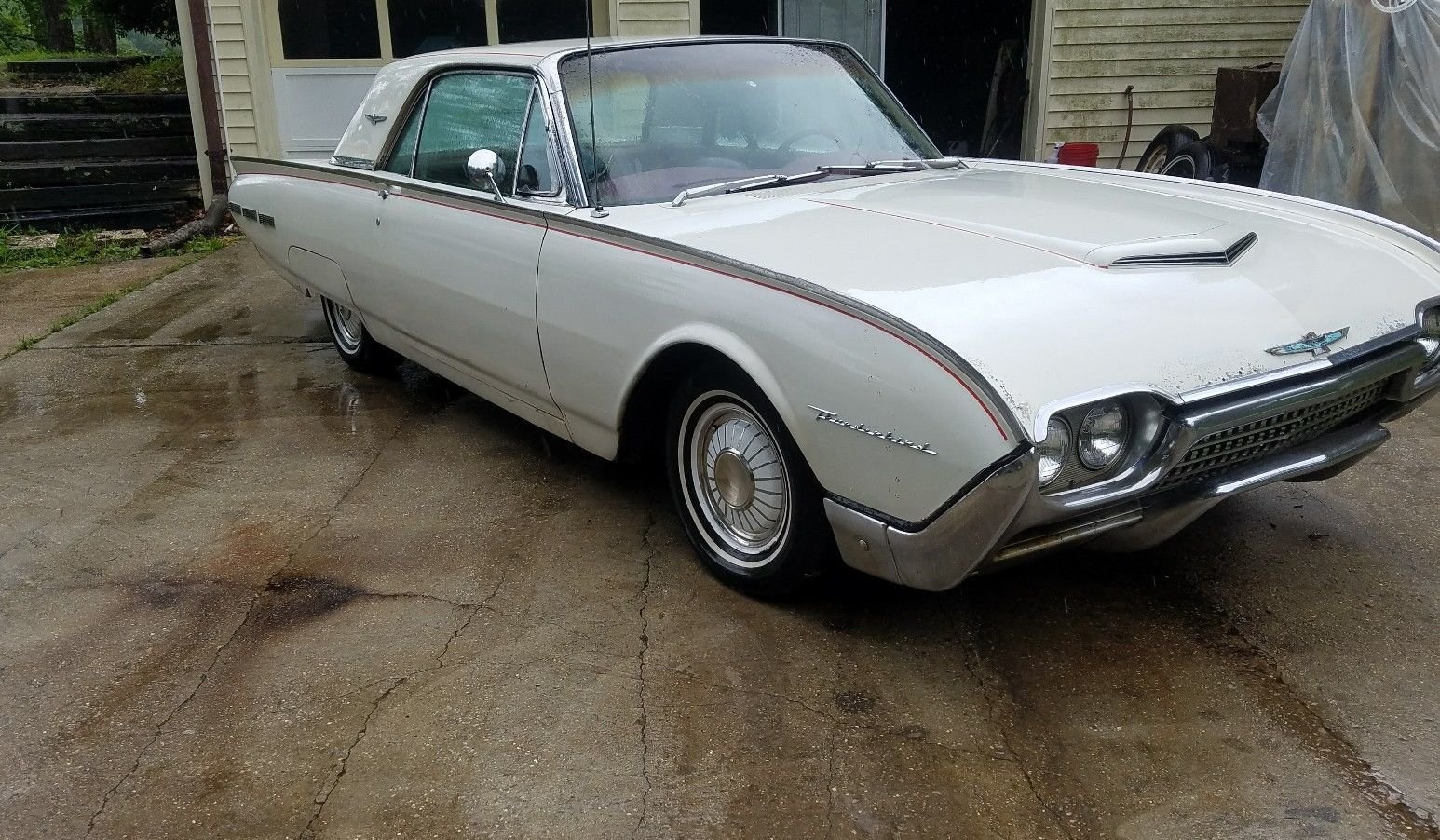 THIS CAR IS LOCATED IN:
HUEYTOWN, AL

The third generation of the Ford Thunderbird is a large personal luxury car that was produced by Ford for the 1961 to 1963 model years. It featured new and much sleeker styling than the second generation models.
An addition for 1962 was a special engine code (VIN engine code M) which added a "tripower" or three two barrel setup to a higher compression version of the 390 engine. This engine used 406 heads as well as the same carburetors that were found on the high performance 406 powered Ford Galaxie but with a modified version of the intake manifold to allow for proper air flow under the engine.

It shows only 70k miles.
A new gas tank has been installed on it and the carburetor has been rebuilt. Motor sounds good, transmission goes right in gear. Undercarriage looks good. The air conditioner works good.

Only rust I found was one spot on the left front floor pan. The outside of the car has some bubbles on the lower right quarter, a few spots on left side. But nothing major though, and nothing to worry about. Overall, this car's exterior is in a good condition.

The interior is in good shape. It is just showing little wear. It has power seats, which are nice and clean, and you can see the photos.

Overall, this is a great T-bird waiting for its new owner!