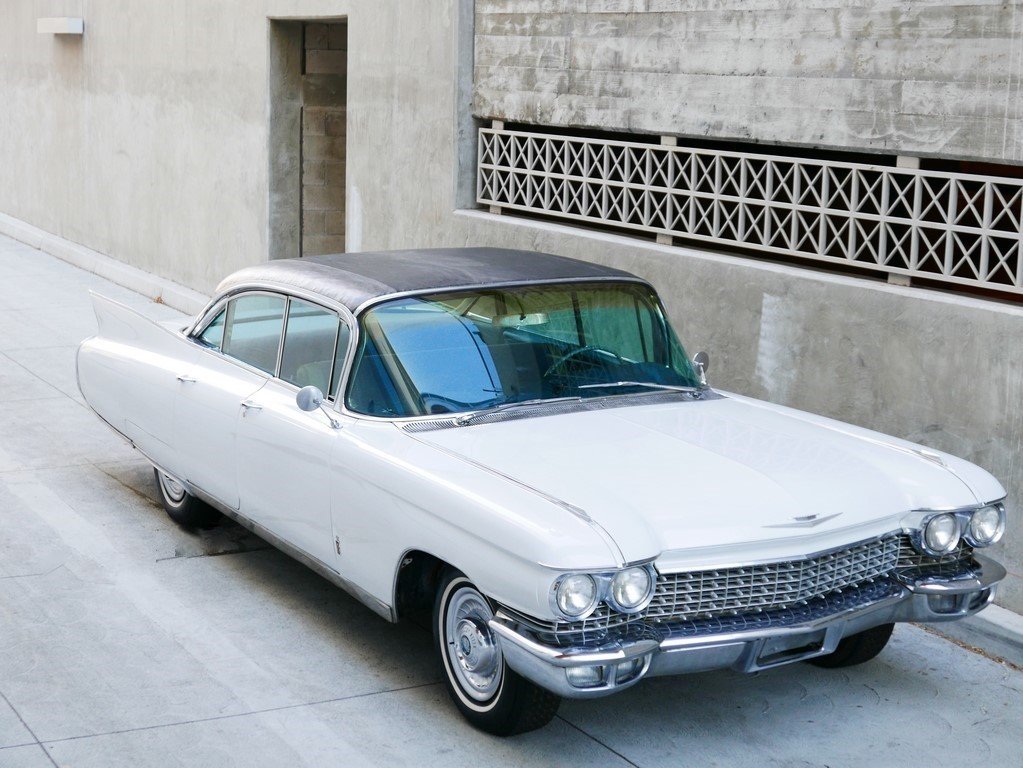 The Cadillac Sixty Special name has been used by Cadillac to denote a special model since the 1938 Harley Earl-Bill Mitchell-designed Series 60 derivative. The Sixty Special name would soon be synonymous for some of Cadillac's most luxurious vehicles, and was offered as a four door sedan and briefly as a four door hardtop only.
1960 saw new (shorter) rear fins, and a cleaner side-trim design,as well as a rear "grille" design shared with Eldorado. The Sixty Special was also distinguished by a new front fender-mounted cloisonne "Sixty Special" emblem. Wheelbase remained 130 in (3,300 mm), and the $6,233 price was the same as the 1959. New for 1960 was a standard vinyl roof covering, and the small chrome "louvers" returned (first seen in 1942, last seen in 1956) mounted on the rear fenders, just ahead of the tail lights. Power steering and brakes were standard.