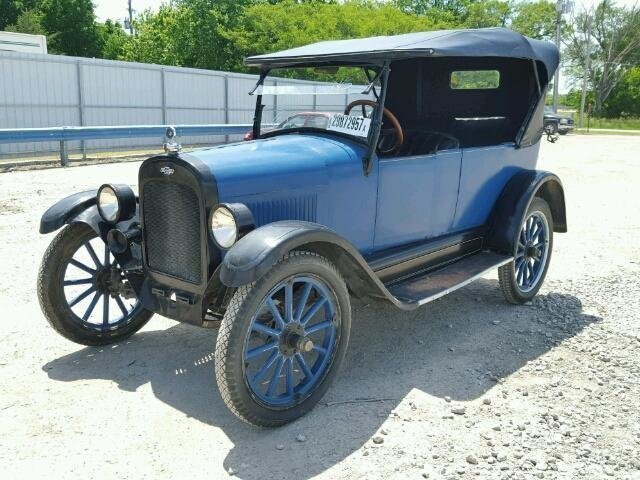 Take a look at this 1924 Chevy Superior F Touring with only 32,824 miles. The title shows 33,324 miles, but the DMV has made a mistake which can easily be fixed upon obtaining a new title. I bought this classic from a collector, who had a few of the 20's and 30's. This car is in a great shape for its age. It was parked indoors in a warehouse a few years ago, I think some 4 years ago. It has very low miles because it was driven seldom, but was always maintained well.

Mechanical
The engine was running several years ago. It can be put mechanically on the road easily, however the car does need a new distributor. It's equipped with a 171 cu in 2.8L overhead valve four-cylinder engine putting out 26hp. 3-speed manual transmission, semi-elliptic rear springs, 11-inch rear-wheel brakes, 103" Wheelbase.

Exterior
The exterior is very original and with a good detailing and buffing, will look very nice. Again, this car has been stored inside, which helped maintain a good exterior.

Interior
This Chevrolet has got a very original interior. The seats are complete, and the dash is presentable.
Overall, this is a one of a kind Touring, and it is your chance to grab one.