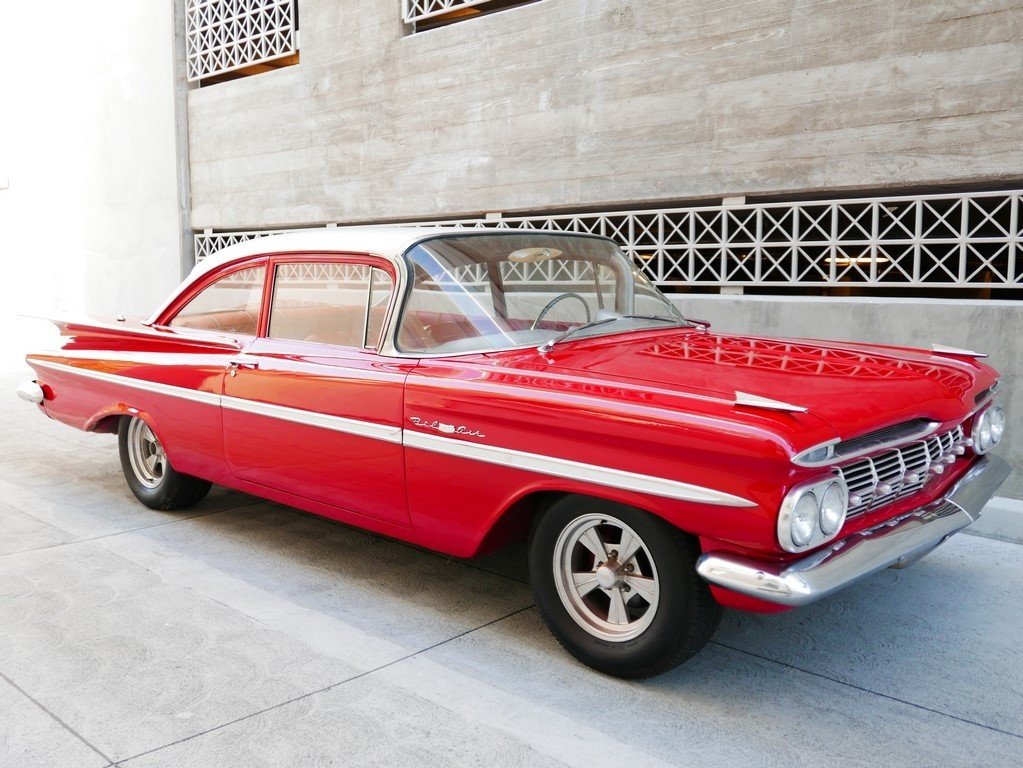 This is a very rare 1959 Chevy Bel Air 2-door. In 1959, for the second time in as many years, Chevrolet again came up with a totally new car as the Fourth Generation of Chevy Bel Air. From the front or rear the 1959 Chevrolets resembled nothing else on the road. From the headlights, placed as low as the law would permit, to the cat's-eye tail lights, the '59 Bel Air was a brand new car with all new sheet metal, a new frame, and even new series names.
This Bel Air has been restored about 2 years ago. It's not in concourse condition, but is very presentable. The car is very original overall, except for the wheels, but they have been restored to the original specs.

Mechanical
The odometer shows 111,335 exempt miles. It's equipped with a straight Six 3.8 L 3852CC 235 Cu. In. engine. This engine runs great, there is no smoke. It has a great shifting manual transmission, and the clutch works great. The engine bay is nice and clean, and it looks very original and complete.

Exterior
The exterior has got some paint imperfection, but is in a good condition. It has a very presentable paint. Although it has a couple of flaws, you will not notice anything serious when you look closely. The chromes are nice and shiny. It seems like the car had some rust patches and repairs on couple of places inside the trunk and underneath the car on the driver's side, but nothing major; the car is in a good condition.

Interior
The interior pattern is very original, it's a fresh interior, the dash is complete, the radio does not work, but the gauges and lights are in working condition. Overall this Bel Air looks, runs, and drives great.