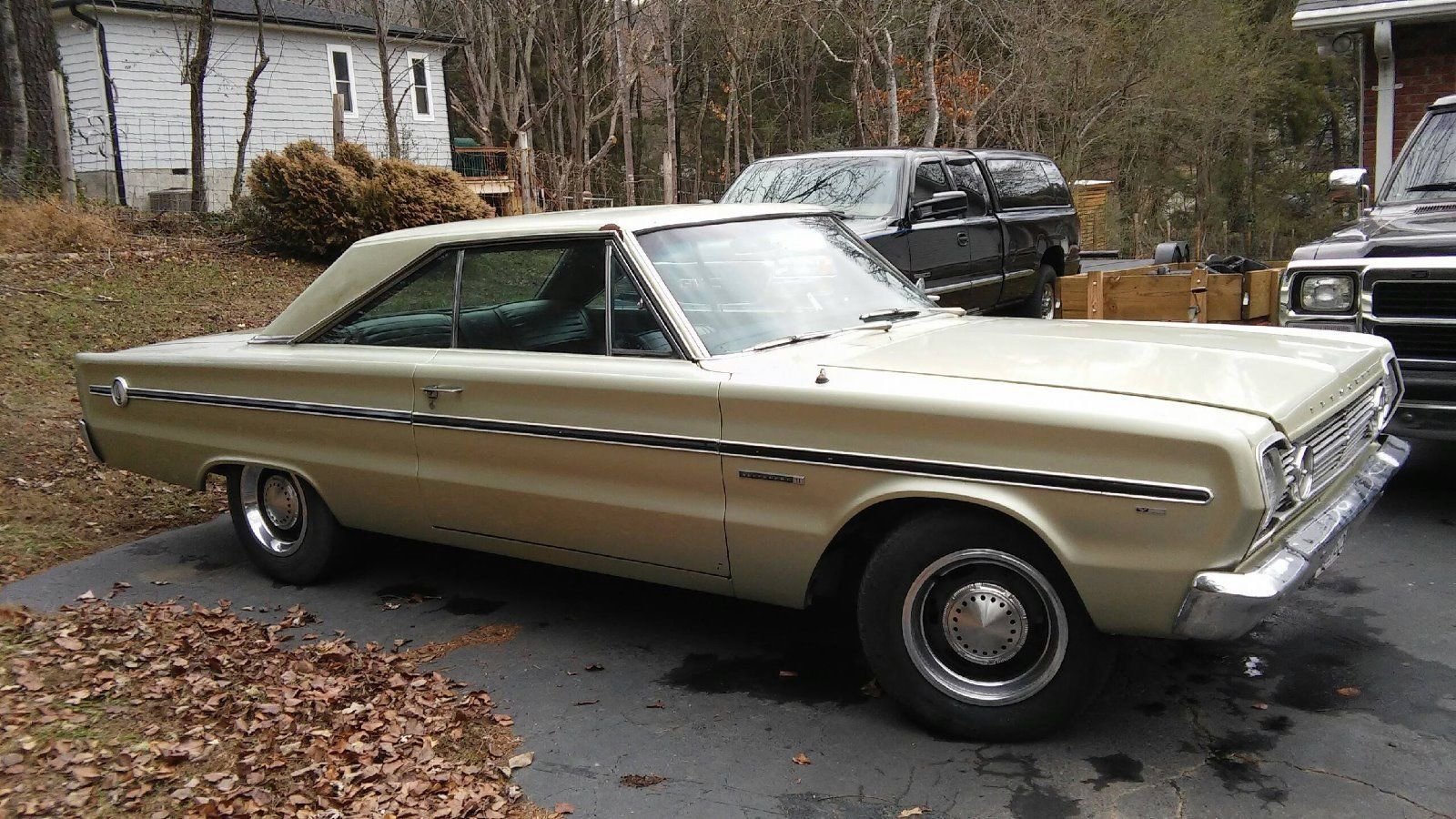 This car is located in:
Fletcher, NC

The Plymouth Belvedere was an American automobile model that was produced by Plymouth from 1954 to 1970.

The Belvedere name was first used for a new hardtop body style in the Plymouth Cranbrook line for the 1951 model year. In 1954 the Belvedere replaced the Cranbrook as the top trim and became a full model line with sedans, station wagons and convertible body styles. The Belvedere continued as Plymouth's full-sized car until 1965, when it became an intermediate, and was replaced after the 1970 model year by the Satellite, a name originally used for the top-trim level Belvederes. It was also used in a movie called Christine (1983) it was a 1958 Plymouth Belvedere.

In 1965 Plymouth once again made the Fury a full-size car, and Belvedere ostensibly became the intermediate size offering, though in fact the Belvedere was little changed, and most dimensions and weights remained the same—the Fury was merely enlarged, restoring a full-sized line which Plymouth had been sorely lacking. The Belvedere line was divided into the Belvedere I, Belvedere II and Satellite subseries, the latter available only as hardtop coupe and convertible, and featuring the 273 cu in (4.47 l) "LA block" V-8 as standard equipment. The line was restyled in 1966, and the high-performance GTX was added in 1967.

The pilot episode for the television show Adam-12 featured a 1967 Belvedere as the standard LAPD police cruiser.